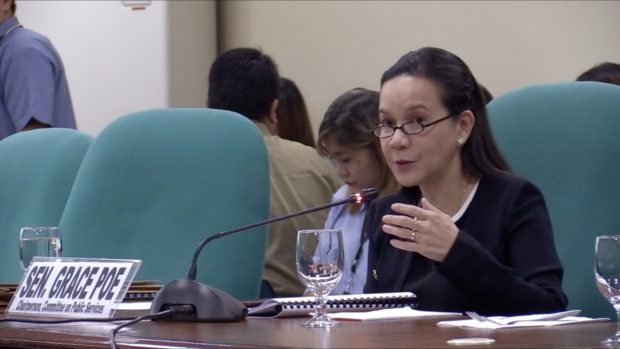 MANILA, Philippines — Senator Grace Poe has filed a bill seeking to protect public school teachers and personnel from malicious accusations of child abuse as well as provide them with support on matters of student discipline.

Poe’s filing of Senate Bill No. 1189 came after journalist Raffy Tulfo earned the ire of netizens for pressuring a teacher to have her license revoked after she was accused of humiliating a student.

Under Senate Bill No. 1189, any act committed by a teacher or school staff pursuant to the disciplinary rules and procedure issued by the Department of Education (DepEd) “shall not be deemed as child abuse, cruelty, exploitation as denied in Republic Act No. 7610 or the Special Protection of Children Against Abuse, Exploitation and Discrimination Act.”

“Our public schools shoulder the crucial role of providing education to millions of students every year,” Poe said in the bill’s explanatory note.

“The classroom serves as a venue of formation for the children where teachers spend their careers teaching not only knowledge but values as well,” she added.

The bill, which Poe filed on Nov. 25, 2019, also tasks DepEd to formulate a teacher’s manual that would be implemented in all schools under its jurisdiction.
“Students, parents, teachers, other school personnel, and the community represented by their respective organization, as well as professionals in child behavior and social work, shall each have meaningful involvement in the formulation of the guidelines and the teacher’s manual,” the measure said.

“The manual shall set out, among others, the disciplinary action to be taken against students who are found to have made malicious accusations of child abuse against teachers and school staff,” it added.

The teacher’s manual should also detail the following: