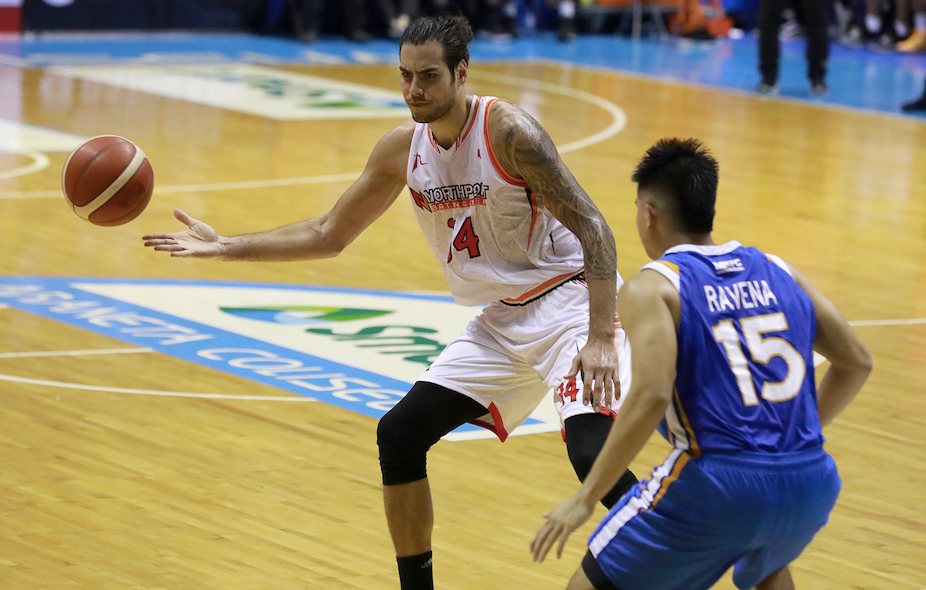 Christian Standhardinger of NLEX dishes off the ball to a teammate as he is defended by NLEX’s Kiefer Ravena. | PBA Images

The NorthPort Batang Pier pulled off a huge upset by defeating the NLEX Road Warriors, 126-123, in a do-or-die quarterfinal match of the PBA Governors’ Cup  on Wednesday night, November 28, 2019, at the Araneta Coliseum.

Christian Standhardinger, Michael Qualls and Sean Anthony played extended minutes and yet, each one managed to deliver as the no. 8 Batang Pier beat out the top ranked Road Warriors to become only the fourth team in PBA history to achieve this feat.

This is the second time in franchise history that the Batang Pier have advanced to the semis.

NorthPort will next face the Ginebra Gin Kings in the semifinals.

Standhardinger finished with 33 points, 23 rebounds and seven assists in 61 minutes of action.

Even with Poy Erram and Paul Varilla serving suspension incurred for their technical infractions in Game One, the Road Warriors dominated the regulation play only to slow down towards the end.

NLEX import Mike Harris erupted for 43 points that went with 16 boards and five assists, but run out of steam in the end.