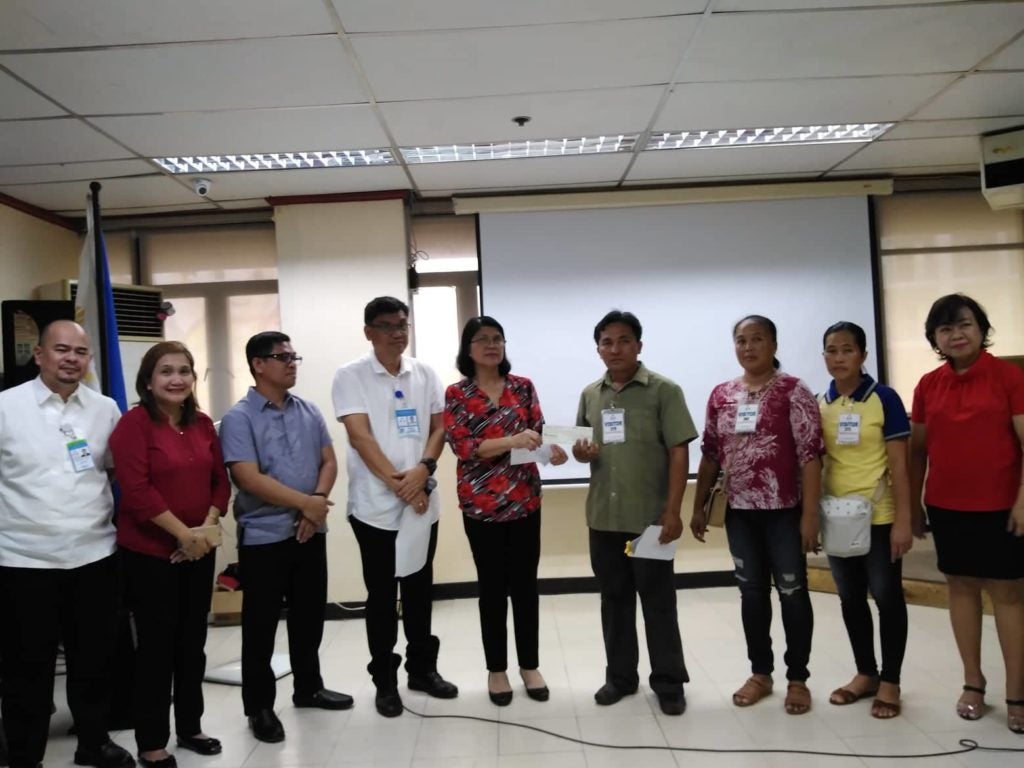 Salome Siaton, regional director of the Department of Labor and Employment in Central Visayas, turns over almost P1-million financial assistance to the members of the Villahermosa Planting Group Farmers Association of Villahermosa, Tabuelan, Cebu. | DOLE-7 photo

CEBU CITY—Senior citizens in Cebu province are among the beneficiaries of the livelihood assistance from the Department of Labor and Employment in Central Visayas (DOLE-7).

In an emailed press release, DOLE-7 disclosed that some senior citizens from the towns of Tabuelan and Minglanilla can boost their businesses after the agency released this week over P1-million in financial assistance to their respective associations.

Siaton said this amount would be used to fund their swine fattening project.

“Apart from the senior citizens, there are 33 others who will be benefiting the livelihood assistance,” she added.

Another group based in Pakigne, Minglanilla also received financial aid from DOLE-7.

The group, the Cebu City Women of Hope Association Inc., has 18 beneficiaries, five of them are senior citizens.

The group will be investing the P250,000 financial assistance for their turmeric and cheese stick production.

The associations received the assistance after they complied with all requirements, rules and regulations in the implementation of the DOLE’s livelihood program.

She urged the recipients to take good care of their respective business undertakings and make sure that the liquidation of funds would be done in an orderly fashion.

Cebu Provincial Field Office (CPFO) officer-in-charge Vivencio Lagahid said that the assistance extended to both associations was under the Kabuhayan Formation component. This  enables vulnerable and marginalized workers in the informal economy to start their individual or group livelihood undertakings. /bmjo