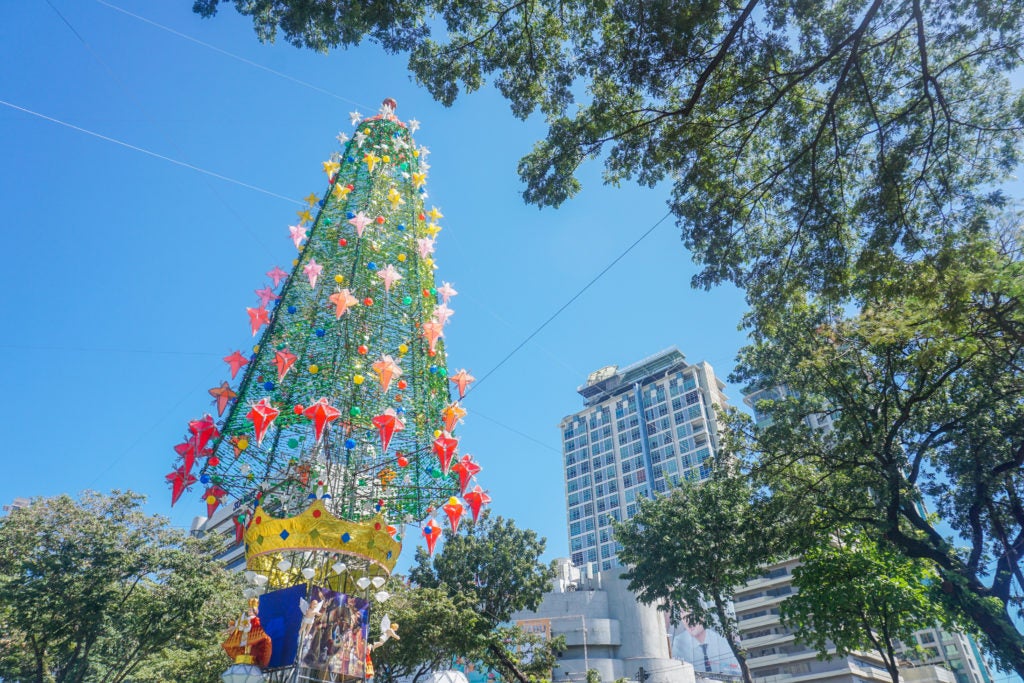 CEBU CITY, Philippines — Year after year, at least 20 construction workers including carpenters, electricians, and carvers cross the Tañon Strait from Bais, Negros Oriental to Cebu City to build the 30-foot Christmas tree in the center of the Fuente Osmeña Circle.

They work for two months building each layer of a tree of steel and lights that would become the backdrop of every Cebuano Christmas and Sinulog.

TJ Juanillo, 30, the supervisor of the construction team, has been working on the Fuente Christmas tree for the last ten years.

He leaves his family behind from the first week of October to December 1, when the tree is finally lit.

He has gotten used to the loneliness of being far from his family during the two months, but he perseveres as this is a solemn tradition for them as a devotion to the Señor Santo Niño.

(This Christmas tree construction has become a devotion for us for the Santo Niño. Even if I miss my two children, blessings come because of our devotion.) 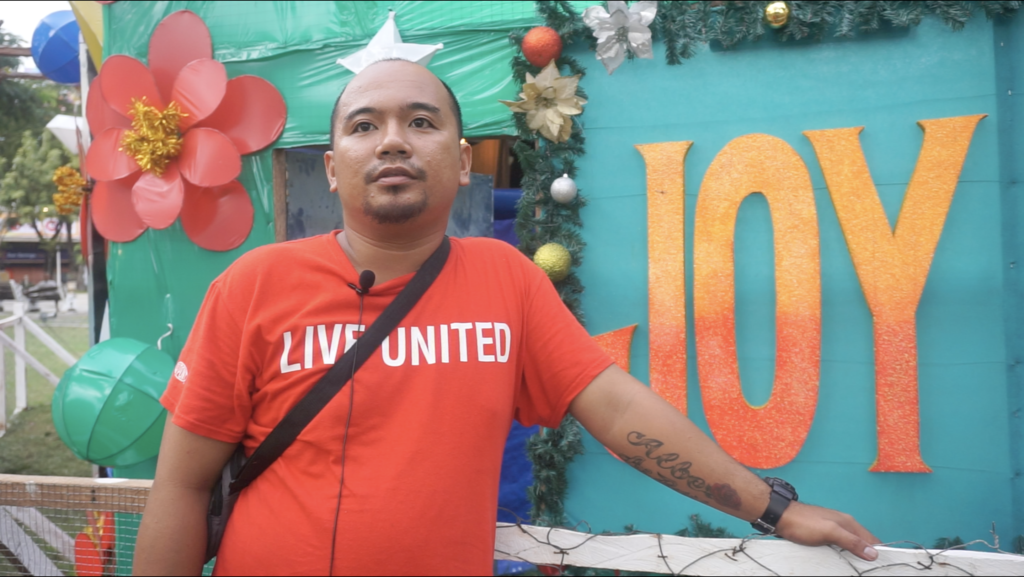 TJ Juanillo is the supervisor of the construction workers working on the giant Christmas tree at the Fuente Osmeña Circle. | Gerard Francisco

Gino Ladag, 27, a welder who makes the lanterns and steel decorations of the tree, said that in his 10 years of working on the Fuente Christmas Tree, he had never met an accident.

For him, this proves that the Holy Image of the Child Jesus watches over them as they work. The Christmas tree is a symbol of his prayers and wishes for the holidays.

He prays for health and prosperity for his family. Although the workers of the Fuente Christmas tree spends two months every year far from their families, they believe the sacrifice is worth it. 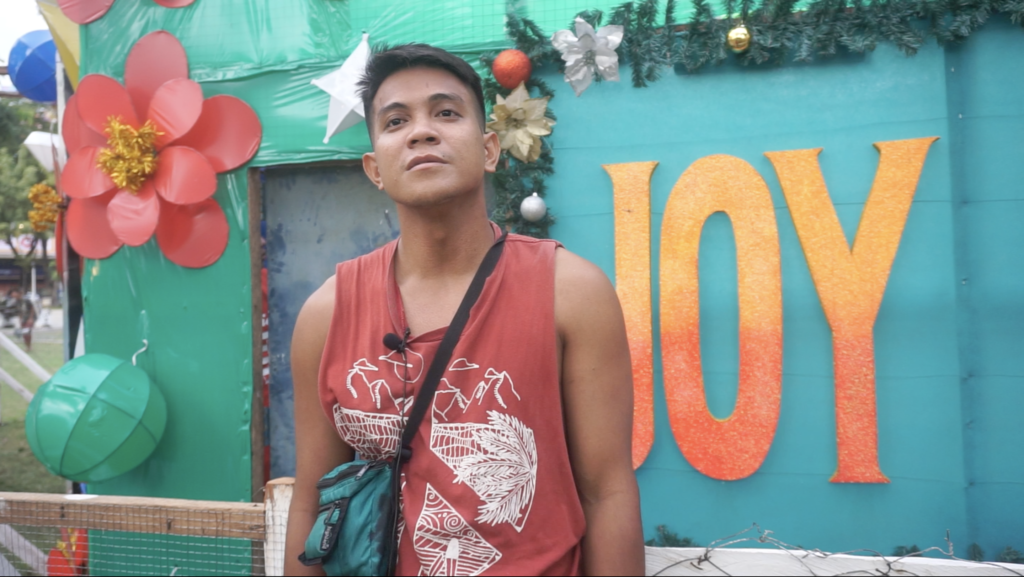 Juanillo and Ladag are among the construction workers that bring to light the Christmas tree that has become a staple for the Cebuano holiday as a grand monument of faith standing tall in Cebu City’s center.

Every light that flashes from the tallest Christmas tree in Cebu City, topped with the image of the Santo Niño, comes with a prayer for safety, prosperity, health, and peace of the men who work to build it.

As they go home, crossing the Tañon Strait back to their town in Bais, they leave behind the love and warmth of a Christmas tree that towers and watches over Cebu City. 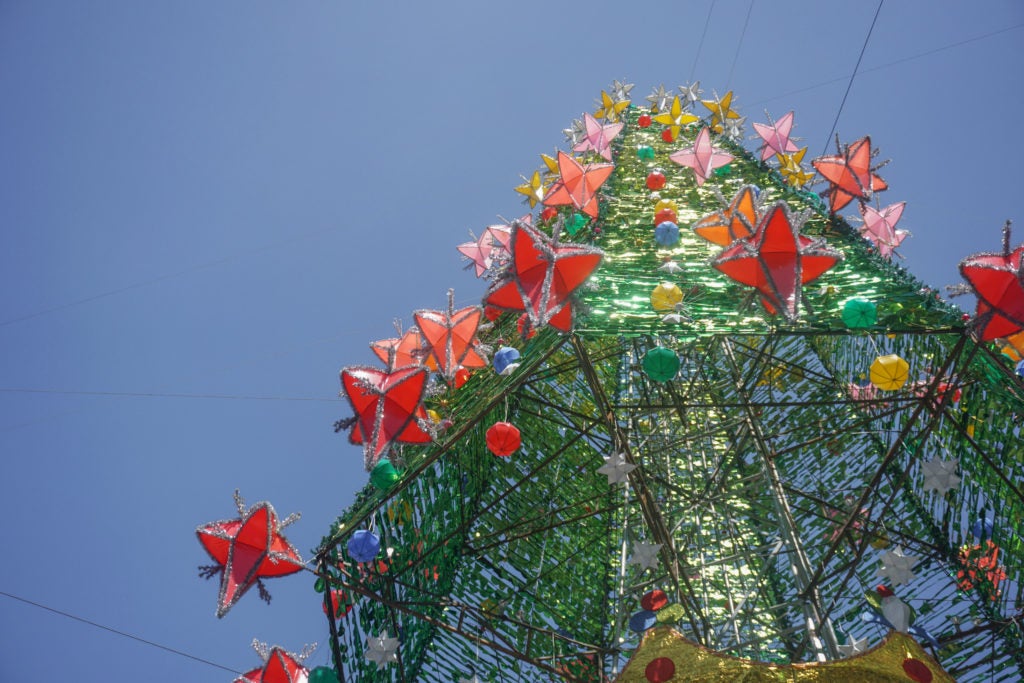 The lighting of the 30-foot Christmas tree at Fuente Osmeña Circle will be on the evening of December 1. | Gerard Francisco