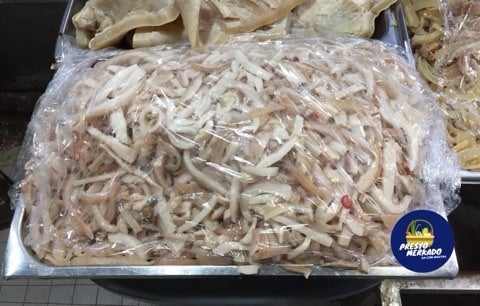 CEBU CITY, Philippines – Sundays are best spent with the family.

Sisig is a dish that is made from pig’s mask and is loaded with spices like onion, garlic, and chili and seasoned with calamansi. It is typically served with a cracked egg on top.

A kilo of sliced pig’s mask is available at the Carbon Public Market in Cebu City for only P100.

This famous dish that can be served for lunch or dinner or even used as a pulutan in gatherings originally came from Pampanga in Luzon.

Sisig, which means “to snack on something sour” or “salad” was first mentioned in a Kapampangan dictionary in the 17th century and has become a culinary tradition of the Kapampangans.  This prompted the city government of Angeles to pass an ordinance declaring Sisig Babi (Pork Sisig) an intangible heritage. / dcb