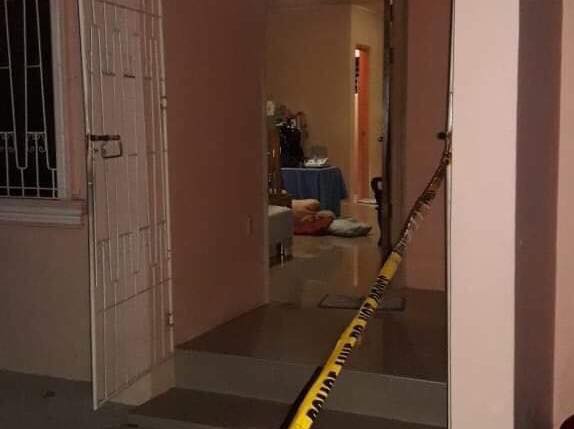 The body of an American national lies inside a rented apartment in Dumaguete City. | photo courtesy of Dumaguete police

According to a police report, Smith was alone in his rented apartment when the owner noticed that the victim didn’t come out for the whole day.

This prompted the owner to open the back door of the apartment.

Initial investigation revealed that once inside the living room, Abarado saw the body of the victim with no clothes on.

All the personal belongings and valuable items of the victim were also intact, the police said.

Joan Catan Smith, wife of the victim who arrived at the apartment later, said her husband was suffering from a Chronic Pulmonary Disorder.

The City Heath Officer is expected to conduct a post mortem examination on the body of the American national to determine the exact cause of his death.

Police Staff Sergeant Catalino Entea, investigator on the case, said the wife of the victim won’t have the body autopsied since she was fully convinced that her husband’s death was caused by health problems. /bmjo