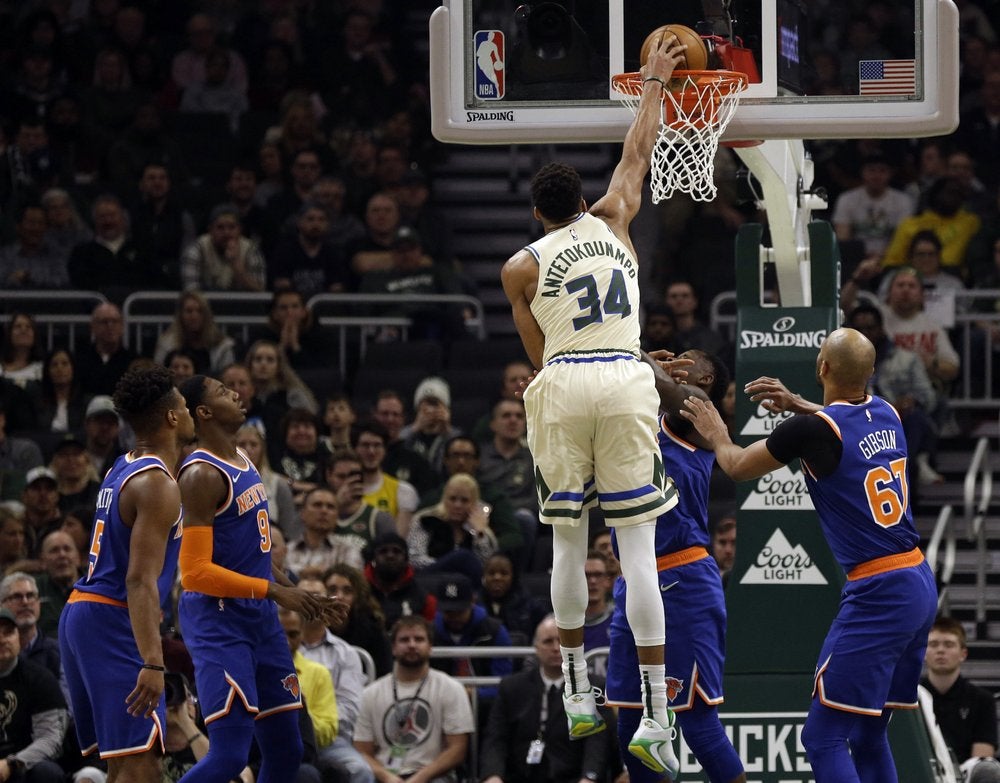 Milwaukee Bucks’ Giannis Antetounmpo (34) dunks against the New York Knicks during the first half of an NBA basketball game in Milwaukee. | AP Photo

MILWAUKEE — Giannis Antetokounmpo needed only 14 minutes on the court to record another double-double, finishing with 29 points and 15 rebounds as the Milwaukee Bucks won their 12th straight game in a 132-88 rout of the New York Knicks on Monday night (Tuesday morning, December 3, 2019, Philippine time).

The Bucks (18-3) led by as many as 47 and cruised behind Antetokounmpo, who pulled down his 10th rebound with 4:43 left in the second quarter for his NBA-leading 20th double-double.

The reigning MVP shot 10 of 14 from the field, including 3 of 4 from 3-point range, while playing 22 minutes. He exited with nearly five minutes left in the third quarter and the Bucks ahead 93-54.

Milwaukee’s winning streak is the longest in the NBA this season and the franchise’s longest since the 1981-82 season. The Bucks own the league’s best record, ahead of the Los Angeles Lakers (17-3).

D.J. Wilson added a career-high 19 points, Khris Middleton had 16 and George Hill 14 for the Bucks, who improved to 9-1 at home.

The only Antetokounmpo playing in the fourth quarter was Giannis’ older brother Thanasis, who drew cheers from the crowd when he slipped in for a layup early in the period. Thanasis Antetokounmpo finished with 10 points and three assists.