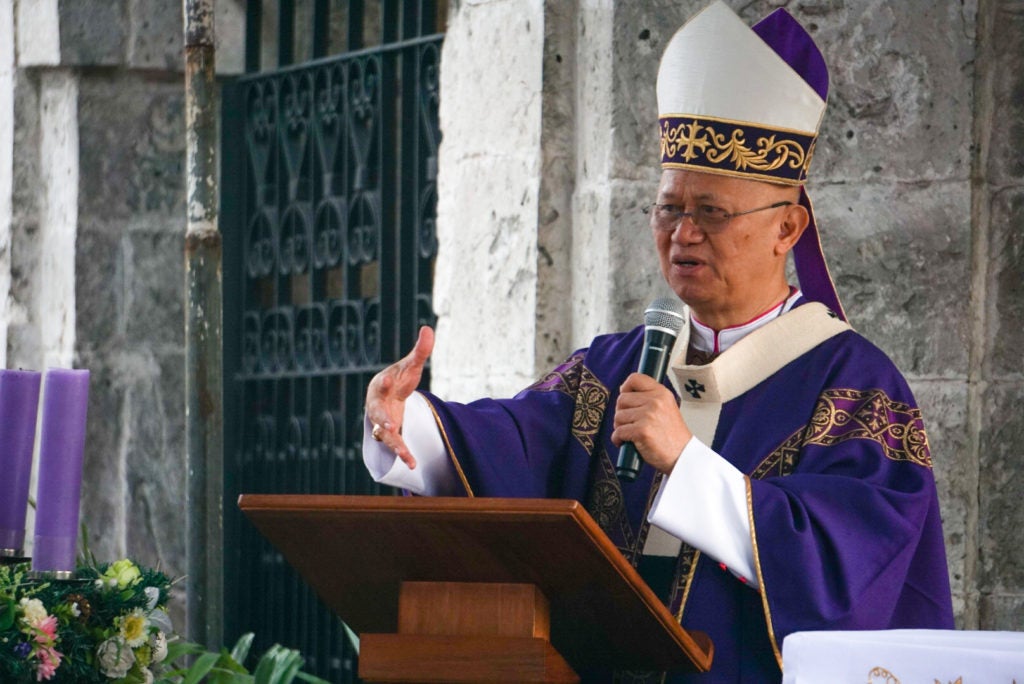 CEBU CITY, Philippines—Cebu Archbishop Jose Palma released his schedule for the dawn masses he will be officiating on Tuesday, December 10, 2019.

Part of his schedule for the the nine-day Christmas dawn masses will include churches in the southern towns of Cebu, saying he wants to prioritize the poor and far flung parishes of the archdiocese.

The prelate is set to start the Misa de Gallo at the Carbon Market in Cebu City next Monday,  December 16, 2019, starting at 4 a.m.

Palma will be going south afterwards as he will be officiating masses in Dalaguete town particularly at the Santa Monica Shrine in Barangay Cawayan on December 21 and Barangay Manlapay on December 22.

He hasn’t released his schedule for December 19 and 20.

On December 23, he will celebrating the dawn mass in St Joseph Parish in Barangay Sangi, Alegria town.

Palma will cap off his nine-day novena at the Cebu Cathlolic Television Network (CCTN) broadcasting station in Cebu City.

The prelate will also preside over the Christmas eve mass on December 24 at the Cebu Metropolitan Cathedral at 10 p.m. /bmjo