New TNVS to operate in Cebu? New app says passengers get to ‘set the fare’

This may be the case if a new ride-hailing platform will start to operate in the country or at least, in Cebu. 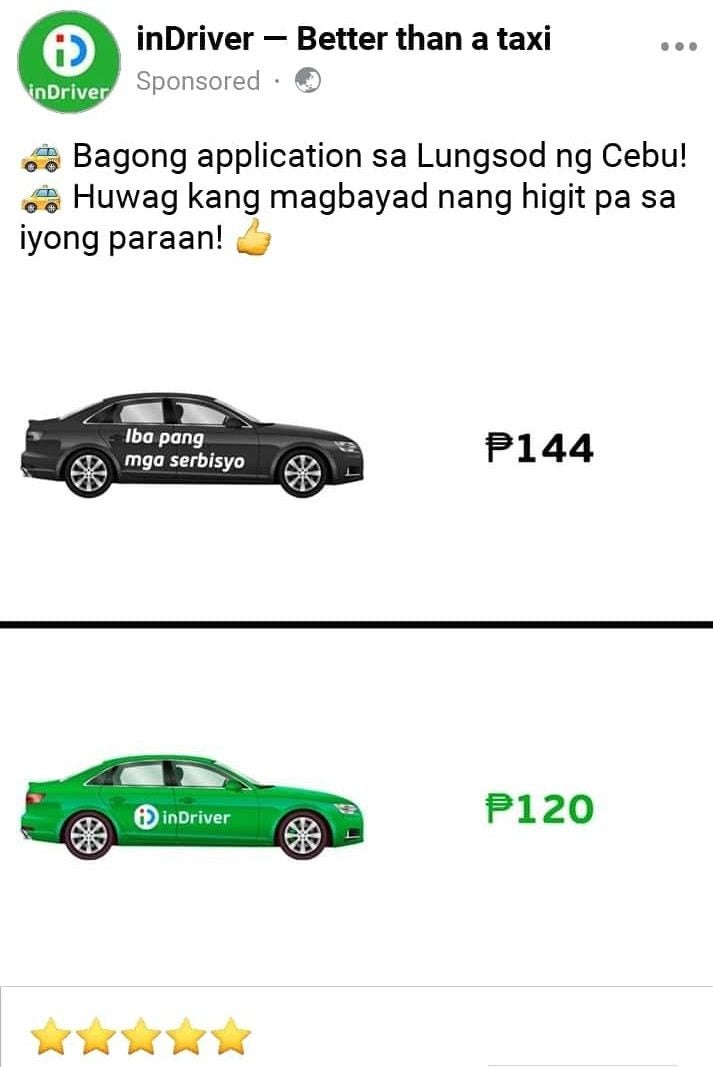 This is one of the sponsored contents of inDriver on Facebook, announcing that they will be operating in Cebu soon. | Screengrab 8:00 AM, December 12, 2019.

InDriver, an international ride-hailing app, has been implying their interest to operate in Cebu through sponsored posts on Facebook.

(A new application in Cebu City! Don’t pay more than how much you are supposed to.)

However, the Land Transportation Franchising and Regulatory Board in Central Visayas (LTFRB-7) told CDN Digital that there was no new TNVS franchise applicant that went to their office yet.

“As long as (they have) an accreditation from LTFRB Central Office, [they can operate]. Pero karon, walay bag-o nga akong nadawat,” Montealto said in a message reply Thursday, December 12.

(I have not received any endorsement of a new ride-hailing app as of now.)

“InDriver is a ride-hailing app available in India and 400+ cities in 29 countries,” reads the app profile uploaded in Google Play.

The app claims to “put back the power” in the hands of the passengers by allowing them to “set the fare.”

“We do not set the pricing according to time and mileage like other services. You negotiate directly with drivers and save up to 30 percent on rides,” the profile added.

According to the app’s briefer, a passenger may book a ride by entering the pick-up and drop off points.

Several drivers may accept the booking and among them, the passenger may choose based on who gives the best deal in terms of arrival time, pricing, and even the car model.

However, a “negotiable” set up on setting the fare may not sit well with LTFRB.

(As far as I know, we have not yet opened slots for additional TNVS. This is also the first that I had heard of the TNC. What I do know is that the LTFRB does not allow this kind of practice of negotiating for the fare.)

DOH to public: Stay healthy, protect yourselves from corona, other diseases