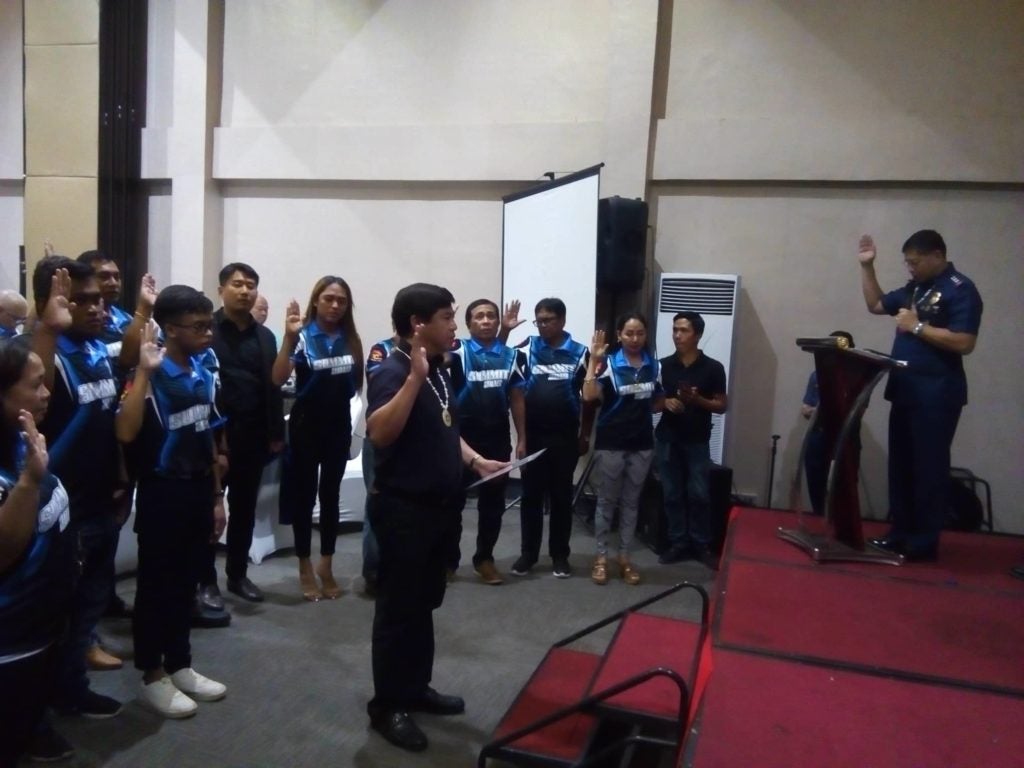 Together with Chan, other new members of the Police Advisory Council from the Police Station level also took their oath of office officiated by Lapu-Lapu City Police Director Colonel Clarito Baja.

Mayor Chan, in his speech, expressed gratitude to the officers of the City Advisory Council and Police Station level of the five Police Stations of the city.

He said these officers of good standing and influential leaders from the community are picked to volunteer their expertise to help police balance the enforcement of law in protecting and serving the people.

(They don’t receive a salary, but works for the welfare, peace and progress of the Oponganons).

The mayor thanked the officers for accepting the challenge.

Colonel Limuel Obon, the Regional Chief of Staff of the Police Regional Office in Central Visayas (PRO-7) and Chairman of the Regional Police Strategic Management Unit (RPSMU) who was sent in behalf of PRO-7 Director Valeriano de Leon, said that the Police Advisory Council is a big help to guide police achieve the Performance Governance System (PGS).

Colonel Clarito Baja is hopeful that the Police Advisory Council and Lapu-Lapu City Police Office continue to work in harmony and maintain peace and order in the city.