Faces of Cebu: Rachel/Ramil shares about courage to accept who you are 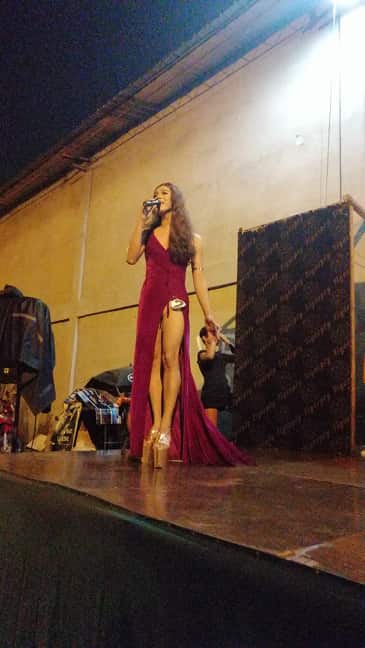 MANDAUE CITY, Philippines — Rain drenched the makeshift stage made of plywood as six candidates, wearing long gowns and high heels, paraded their beauty in front of a crowd of less than a hundred people.

It was one of those barangay pageants where gay candidates had their game face on.

Some threw in their silly antics which elicited applause and laughter from the audience. One spoke in made-up Thai language; the other showcased her gift of gab.

It was Queen of UBRA 2019, a gay pageant organized as part of the fiesta celebration of Barangay Bakilid in Mandaue City.

Six candidates competed for the title and one of them was Rachel Mae Flawless, 28, a resident of Barangay Pagsabungan in Mandaue City.

When Rachel came out of the backstage for the talent competition, the audience politely clapped.

She was not the crowd favorite.

While other candidates showcased talents that had everyone in the audience laughing and cheering, Rachel took a different route and performed the song “Tatsulok,” originally written by Buklod and popularized by Bamboo.

For a pageant, it was an unusual decision. 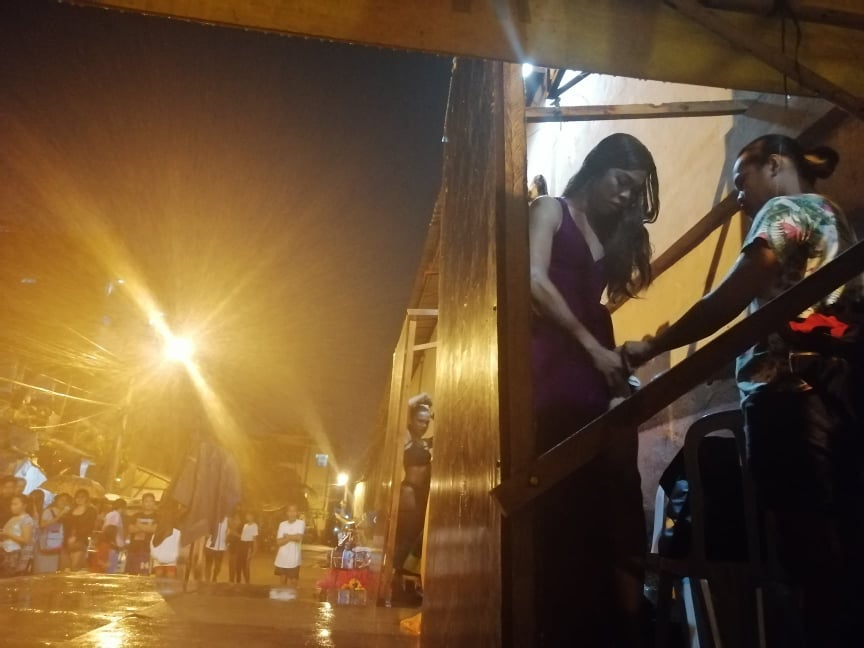 The song itself is a revolutionary piece that describes the social structure of Philippine society.

But wearing a red gown with a long slit that showed off her right leg, Rachel sang the song and owned it. Very few people paid attention but she sang the song to the very end.

Later, at the backstage, she refers to the song as a personal anthem. The kind that has taken her to a place where she chose to be unafraid of who and what she is.

“The reason nganong moapil ko og (why I join) pageants is to showcase my talents. To be the voice of every single person nga mahadlok (who is afraid)… Nga unta di sila mahadlok (Hopefully, they will not be afraid anymore). Be confident kun unsa sila ug ila ipagawas ilang (about who you are and show your) natural colors,” she says.

As she slowly removes her make-up, Rachel revealed that she is Ramil Roche in all his government documents.

Ramil was 10 years old when he became a choir member of Gethsemane Parish located in Barangay Casuntingan in Mandaue City.

(Ever since I was younger, I have always known that I’m like this but I kept it a secret because I wanted to have a child.)

Ramil is referring to the fact that he views himself as a bisexual.

Ramil only started joining pageants last year, 2018. Prior to that, he was the handler of individuals who joined pageants. He also made their gowns.

Ramil had a long-time partner for eight years. They share a child, a six-year-old who is his pride and joy.

On ordinary days, Ramil does not put on faux lashes, pageant make-up and elaborate gowns.

He is just “Papa” who works hard to provide a better future for his child.

“I don’t cross-dress on ordinary days. My child does not know me like this. Too young,” says Ramil.

That night, Rachel/Ramil did not win any title or special award.

But the competition ended with a victorious declaration from this former choir member/gown designer/father:” I designed and created the gown of the winner! “

Seated at the backstage as she folded the costumes and clothes she wore for the pageant, Rachel/Ramil shares that courage is the one value that she holds true to her heart.

“Sa mga nahadlok pa nga mo-out (To those who are afraid to reveal their true selves), don’t be afraid to show your colors because through that you can do everything possible in your life,” she says.

(Do not be afraid because at the end of the day, that is who you are, that is the real you. You are the only person who can accept yourself when others will not accept you.)