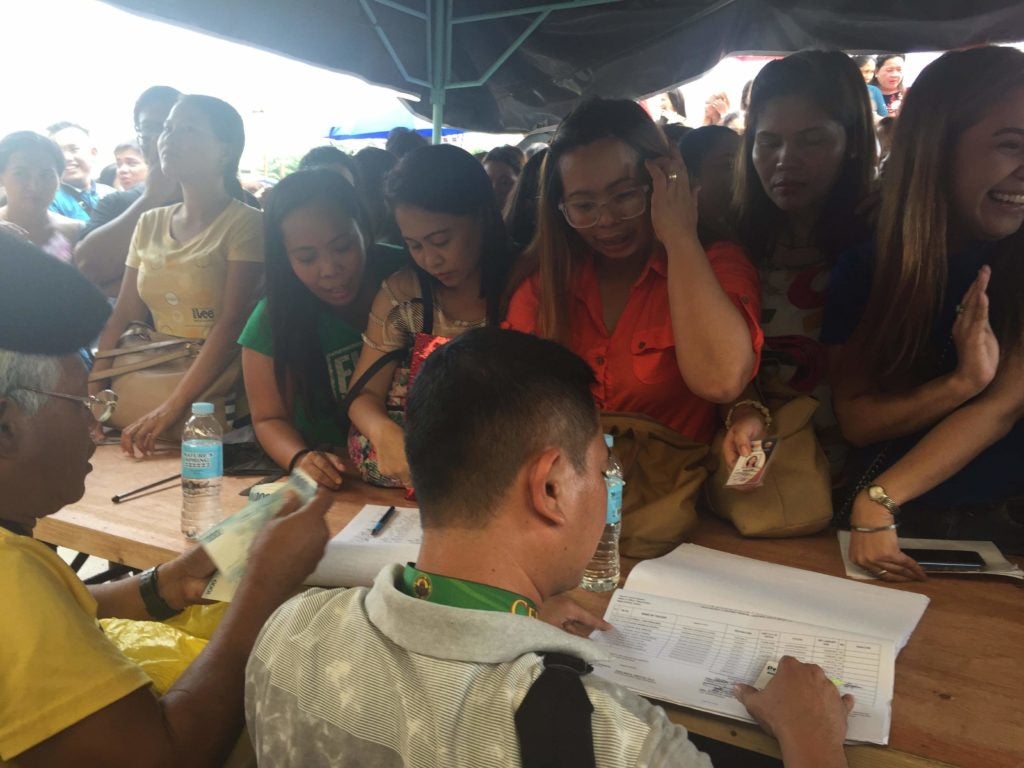 CEBU CITY, Philippines — This Christmas is merrier for Cebu City teachers as they have received their P10,000 financial assistance.

This was a promise fulfilled by Mayor Edgardo Labella, who said that the teachers would receive in full their financial assistance this year even if those whose Cost of Living Allowance (COLA) in 2017 was disallowed.

In 2017, the Commission on Audit (COA) ruled that teachers, who were receiving P10,000 COLA yearly from 2015 to 2016 must return the Cola because it was taken from the Special Education Fund of the city government.

COA said the teachers should not receive COLA because this was already part of their salaries.

The previous administration under former mayor, Tomas Osmeña, arranged that COLA to returned in installments for four years from 2017 to 2019, a deduction of P5,000 for the yearly P10,000 cash assistance the city would be giving the teachers.

In 2019, Mayor Labella suspended the payment of the disallowance because of a pending appeal to the COA by the teachers.

This means the teachers can receive in full their P10,000 financial assistance.

Marivic Monteclaro, a 50-year-old teacher of the Gothong National High School, said the cash assistance would help them with their daily expenses.

Labella said he was working on reviving the COLA under another program taken from the General Funds instead of the Special Educations Fund.

“We will find a way to give the teachers a certain kind of COLA, not really COLA but another form of assistance. As I said the teachers are the most overworked and underpaid employees,” he said.

Labella also said that the next time a bonus would be given to the teachers, it should not be in an open area such as the Sports Complex because the teachers would be subject to the weather.

Some teachers complained of the heat during the distribution.

The mayor said he directed the Local School Board to conduct the releasing of the financial assistance for the teachers in enclosed areas in 2020. /dbs