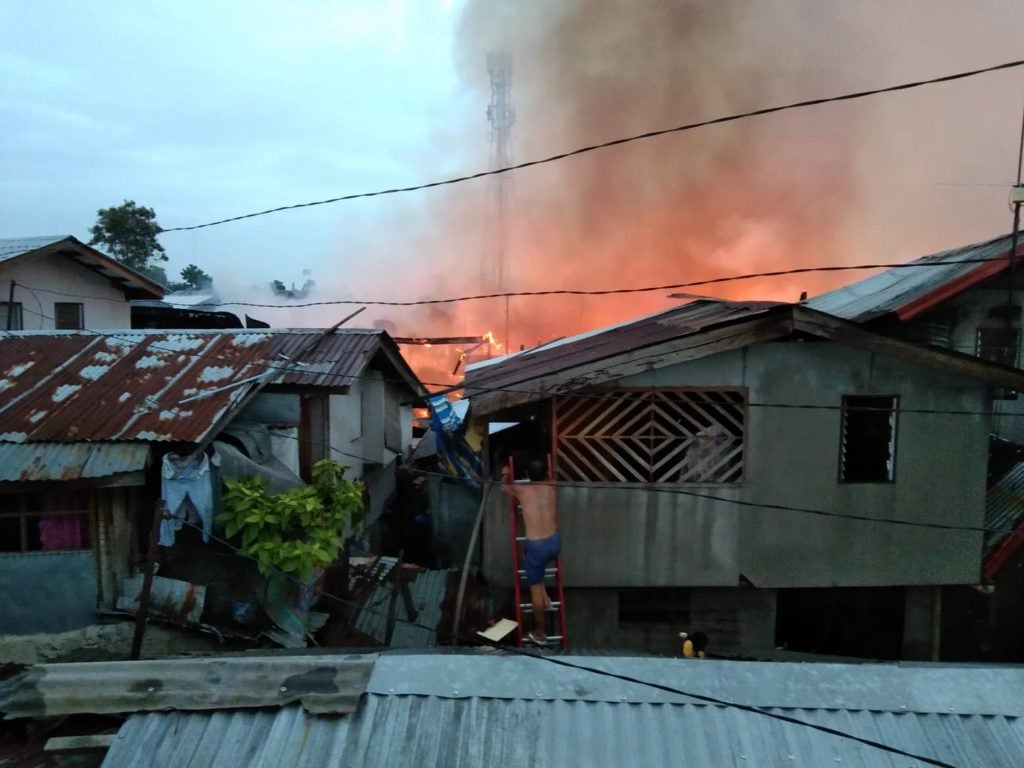 CEBU CITY, Philippines — At least 70 families residing in Sitio Lourdes, Barangay Inayawan in Cebu City will be spending their Christmas in evacuation centers.

This after an afternoon fire on Friday, December 20, 2019, burned down an estimated 50 houses.

Fire Officer 2 Fulbert Navarro, investigator of the fire incident, said the fire displaced at least 70 families and caused an estimated damage to property at P100,000.

Navarro said that the fire started at 4:37 p.m. in the empty house of couple Joseph and Clarissa Bonghanoy in the interior portion of Sitio Lourdes.

The fire, however, has yet to be put out as of press time.

Navarro said they were still investigating the cause of the fire but based on initial information from the neighbors of Bonghanoy, the house was still under construction.

“Nanglaba ko, pagkita nako sa kayo, gibubo nako ang tubig diretso. Ang taas akong nakitang nagkayo. Wa namiy nasalba. (I was doing laundry when I saw the fire. I immediately threw the water to the fire. We did not save anything),” she said.

Lungoy also said that the Bonghanoy couple would leave the house every morning and would only come back at night.

Navarro said the Bureau of Fire Protection (BFP) Cebu City had yet to talk with the owners of the house where the fire allegedly started.

He encouraged the public to be extra cautious during these holidays and secure their homes before leaving them so as to avoid accidents.

In order to avoid fire, Navarro said households should unplug all electrical wirings before leaving the house or when not using them.

Electronic Christmas decorations should also be turned off before leaving the house. /dbs