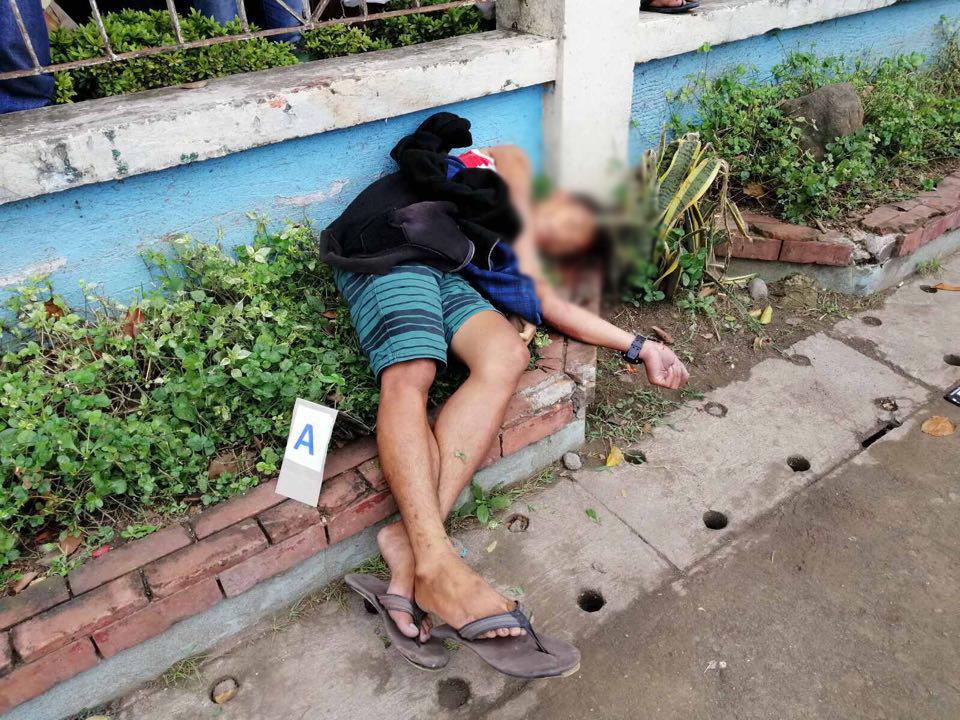 Wilfred Abril lies dead near the fence where he was sitting when he was shot by motorcycle-riding gunmen in Manjuyod town, Negros Oriental. | Photo courtesy of Manjuyod Police

CEBU CITY, Philippines — A 20-year-old habal-habal (motorcycle-for-hire) driver was shot dead by motorcycle-riding gunmen as he was sitting on a concrete fence in front of the public market at the Barangay Poblacion in Manjuyod town in Negros Oriental at 10:55 a.m. of December 21, 2019.

Initial investigation showed that the victim was sitting on a concrete fence when two men arrived on a motorcycle, the backrider pulled out a gun and fired at the victim with a .45 caliber pistol.

The victim, who suffered several gunshot wounds, died on the spot while the suspects fled towards the north./dbs