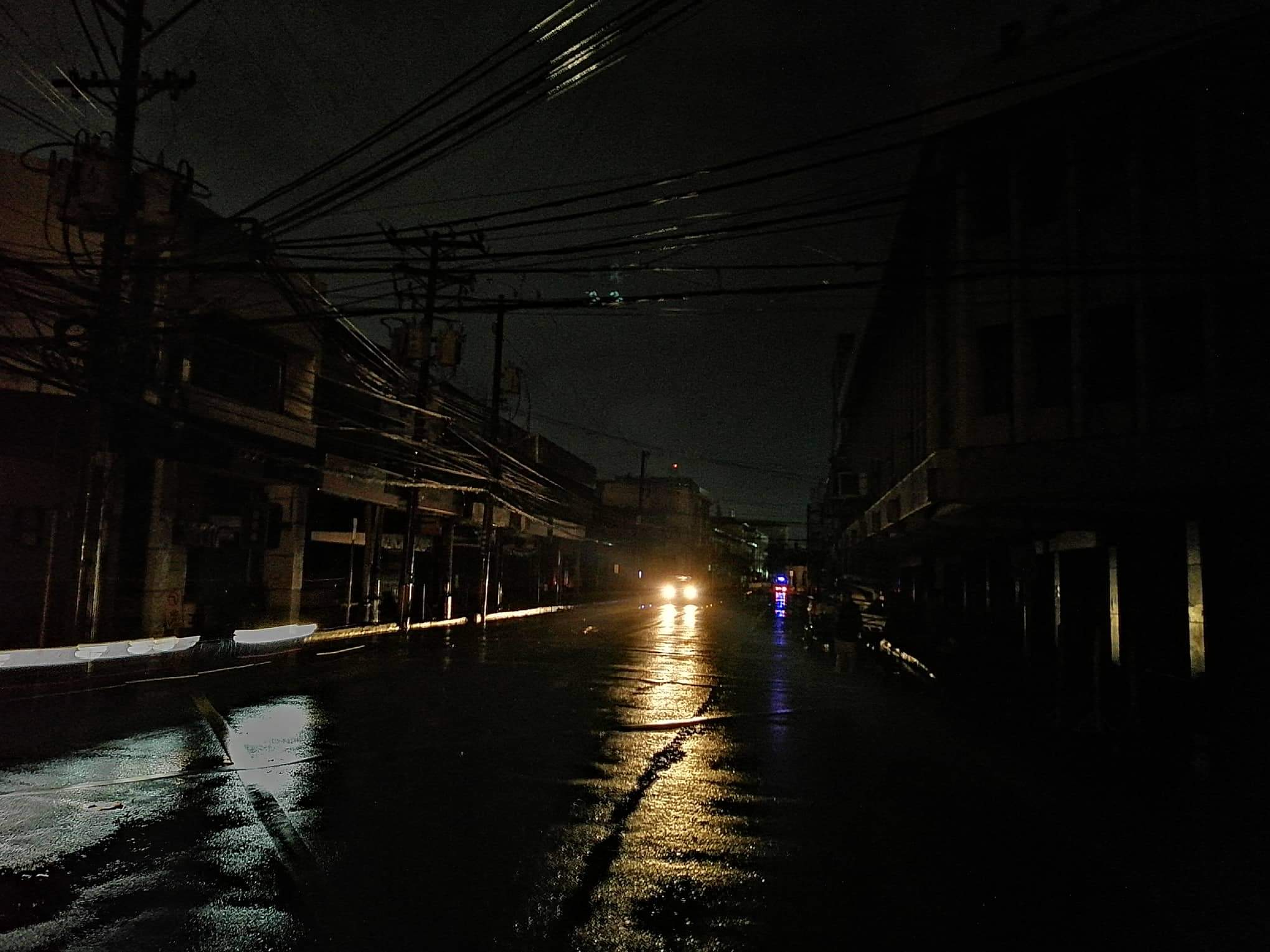 CEBU CITY, Philippines — Asuncion Pedrago, 55, a resident of Barangay Capitol Site thought that Christmas this year will be marked by rain and darkness.

The mother of six said there was power interruption in their home around 10:30 p.m. just as her family members were gathering around the dining table to start their Christmas feast of manok inasal (roasted chicken), lumpia (spring rolls), pancit and fruit salad.

(We cannot say it is bad luck but Christmas this year is somewhat cold because of the events happening here, most especially the arrival of Typhoon Ursula.)

Ursula made its first landfall at 4:45 p.m. in the town of Salcedo in Eastern Samar.

As storm signal number 3 was raised in Eastern Visayan towns and the city and towns of northern Cebu, Cebu City, which is under signal number 2, has experienced almost one hour of power interruption.

It is the power interruption that the Padrago family experienced.

Power resumed around 11:37 p.m., according to the Visayan Electric Company.

“This has caused power outages in some areas. Per NGCP, the incident was due to a generation deficiency caused by the isolation of generation plants in Leyte,” said Bronce.

Meanwhile, a minor landslide was recorded along the road of Barangay Pulangbato, a mountain barangay belonging to Cebu City.

Tumulak said nobody was injured and no property was destroyed because of the incident.

But he said they decided to cordon the area to ensure the safety of the public.

“It [the road] is passable but we suggest that they don’t pass through the area because the soil is soft,” said the councilor.

Read Next
Over 22,000 passengers still stranded in ports on Christmas Eve