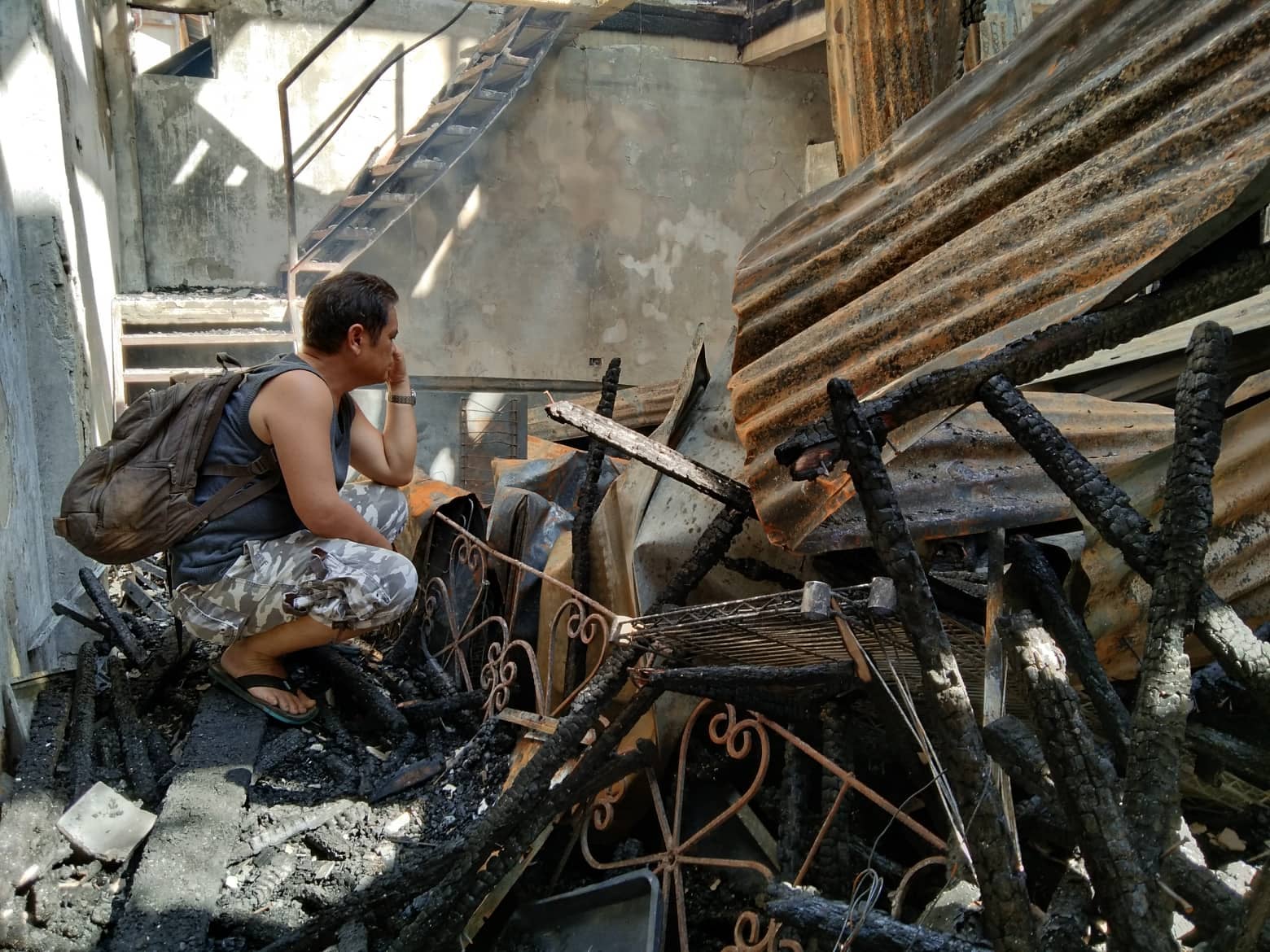 This man checks what remained of one of the houses that was razed to the ground by fire that hit Sitio Abbia, Barangay Mambaling on Christmas Day, December 25 . | CDND PHOTO / Delta Letigio

CEBU CITY, Philippines — Survivors of the fire that hit Sitio Abbia in Barangay Mambaling discovered the charred remains of an unidentified male around 5 a.m. on Wednesday, December 25.

The burnt body was seen by fire survivors as they were checking for items that they can still salvage from their destroyed houses after a Christmas fire broke out in the area.

Police Master Sergeant Nicolo Gonzales, the main investigator of the case, said personnel from the Bureau of Fire Protection (BFP) may not have seen the body as the surroundings were too dark due to the power interruption that affected parts of Cebu City.

The body was found near the door of the ground floor of the three-storey building.

House caretaker Ahmed Manayan believes that the body may belong to one of the four boarders, Roberto Lucero.

Manayan said Lucero, 20, works as a grocery bagger at a nearby supermarket.

He said they have lost contact of Lucero since the fire.

Manayan believes that the burnt body is that of Lucero because some of the neighbors saw him come home before the fire.

(What I do not understand is why his room was locked. Perhaps he did not sleep in his room.)

Gonzales said they will subject the body to DNA and dental tests to identify the person.

The body is currently at the St. Francis Funeral Homes in Barangay Mambaling.

He said that they cannot rule out the possibility that the body belonged to Lucero.

However, some of Lucero’s relatives refused to believe that the body is that of their family member.

“Until now, [we still have not reach] Lucero been reached. His family members said the body is not his. We will have to wait for the DNA [result],” said Gonzales.

Police said they are coordinating with the BFP as the investigation is underway.

Meanwhile the families, whose homes were destroyed by the fire, are seeking help from the city government to rebuild their homes.

She hopes they can slowly rebuild their house before the new year comes. / celr

Read Next
Ursula affects water supply in most of Metro Cebu