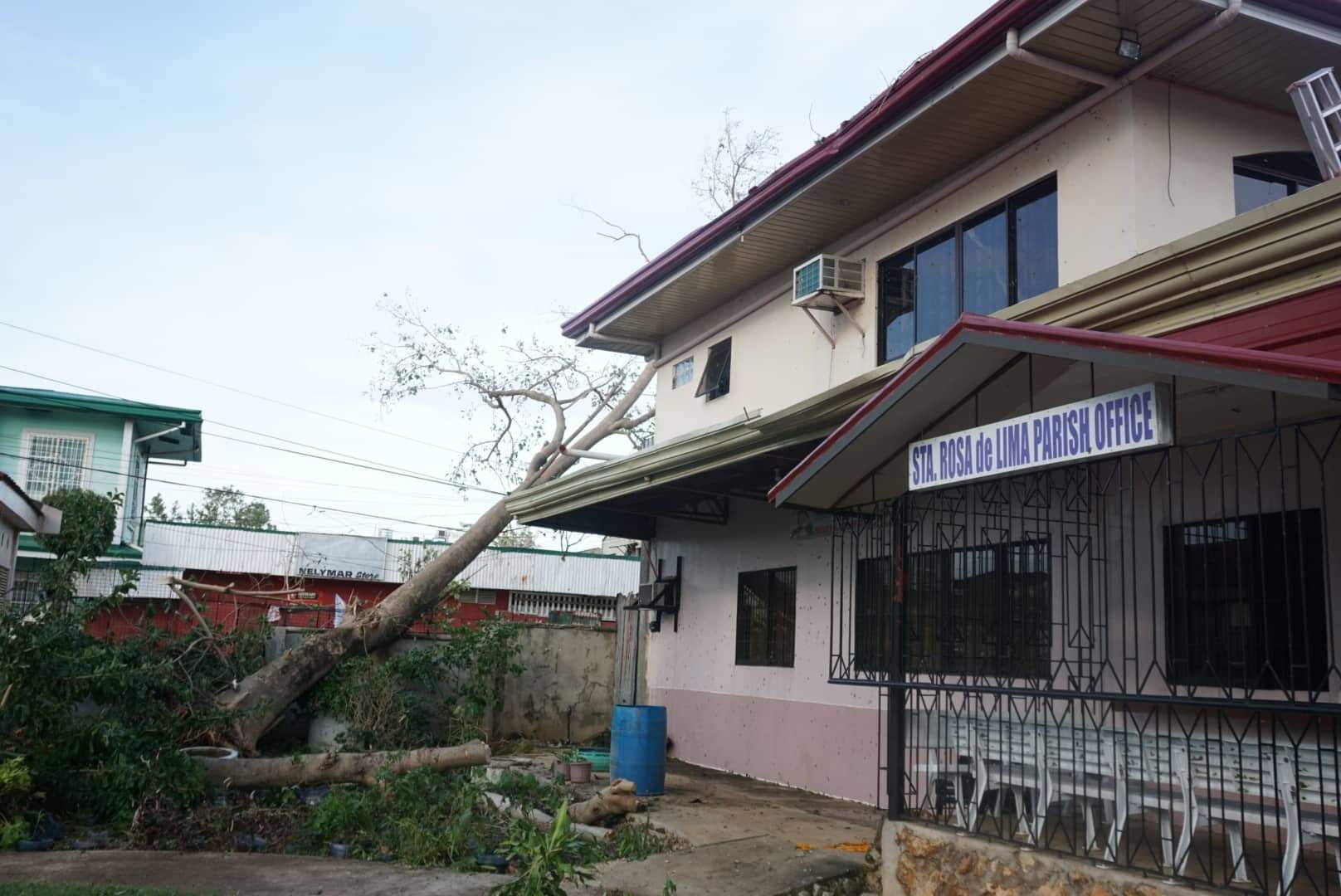 This tree hits the second floor of the Santa Rosa De Lima Parish rectory when it was topped by strong winds brought about by Typhoon Ursula on Christmas Eve, December 24. | CDND PHOTO / Gerard Francisco

CEBU CITY, Philippines —The church still looks unscathe from the outside as it stood silent right there surrounded by uprooted trees and various debris.

Inside the church is another story.

It was like witnessing a repeat of what happened in 2013 when Typhoon Yolanda caused severe damage to the Santa Rosa De Lima Church in the town of Daanbantayan.

On Christmas Eve, December 24, the church’s ceiling, which was renovated five years ago, once again collapsed when strong winds brought about by Typhoon Ursula descended upon the northern Cebu town.

Storm signal number 3 was hoisted over Daanbantayan, which is located 129 kilometers north of Cebu City. 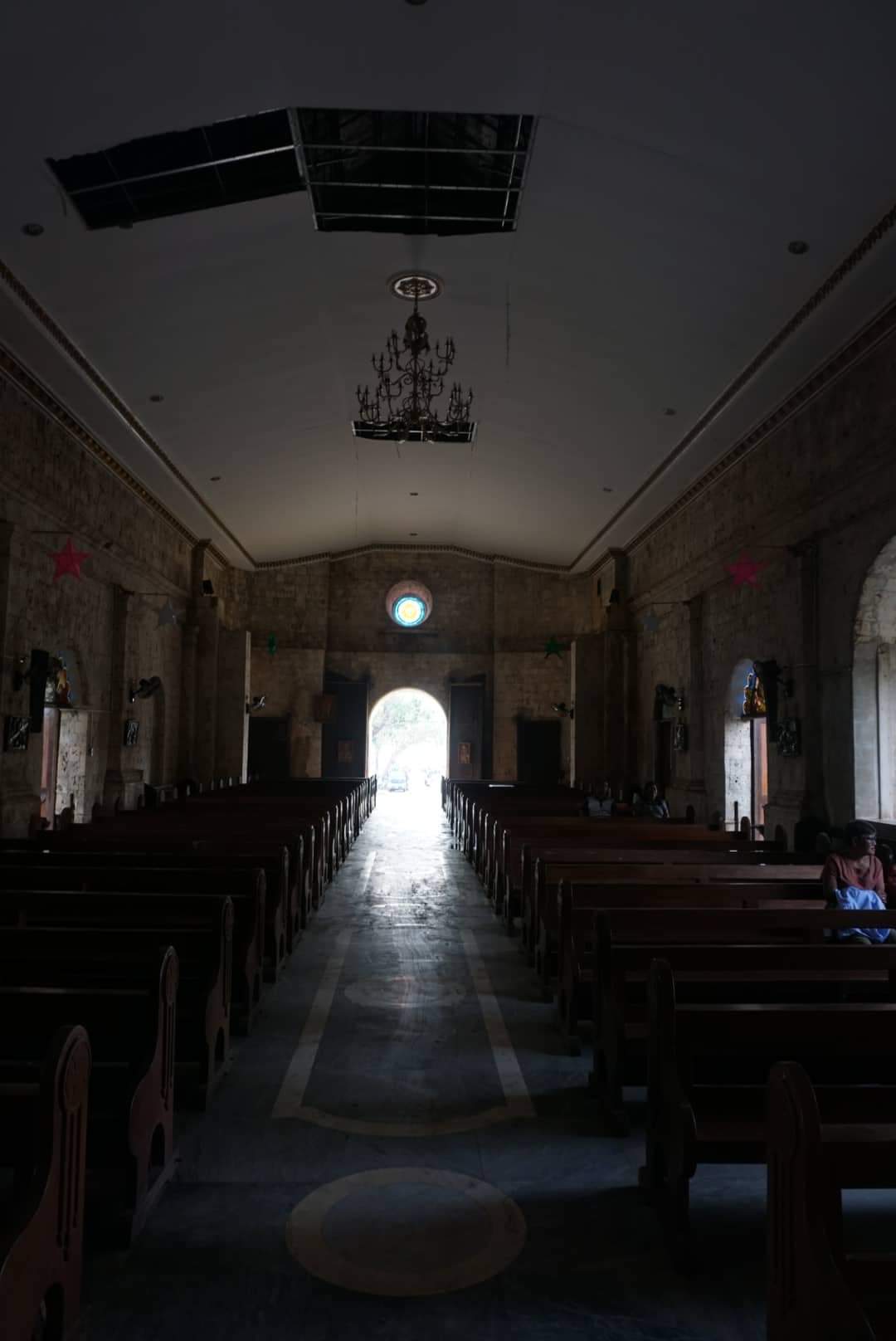 A portion of the church’s ceiling fell due to the strong winds and unrelenting downpour. |CDND PHOTO / Gerard Francisco

(Let us hurry up because the typhoon is already here.)

When the Holy Mass ended around 10 p.m., the parish priest said most of the churchgoers could no longer go home because of the strong winds and heavy rain.

The church served as shelter to the parishioners.

But as Typhoon Ursula unleashed its wrath on the community, a portion of the main church’s ceiling fell landing on the floor.

Thankfully, nobody was hurt when this happened.

The pilgrim chapel, which is located to the right of the main church, lost its wooden door to the winds.

Rain water entered the chapel and the entire ceiling collapsed and fell on the plastic chairs.

Talaugon said the pilgrim chapel was built five years ago, in 2014, when the main church was restored after it was damaged by Typhoon Yolanda. 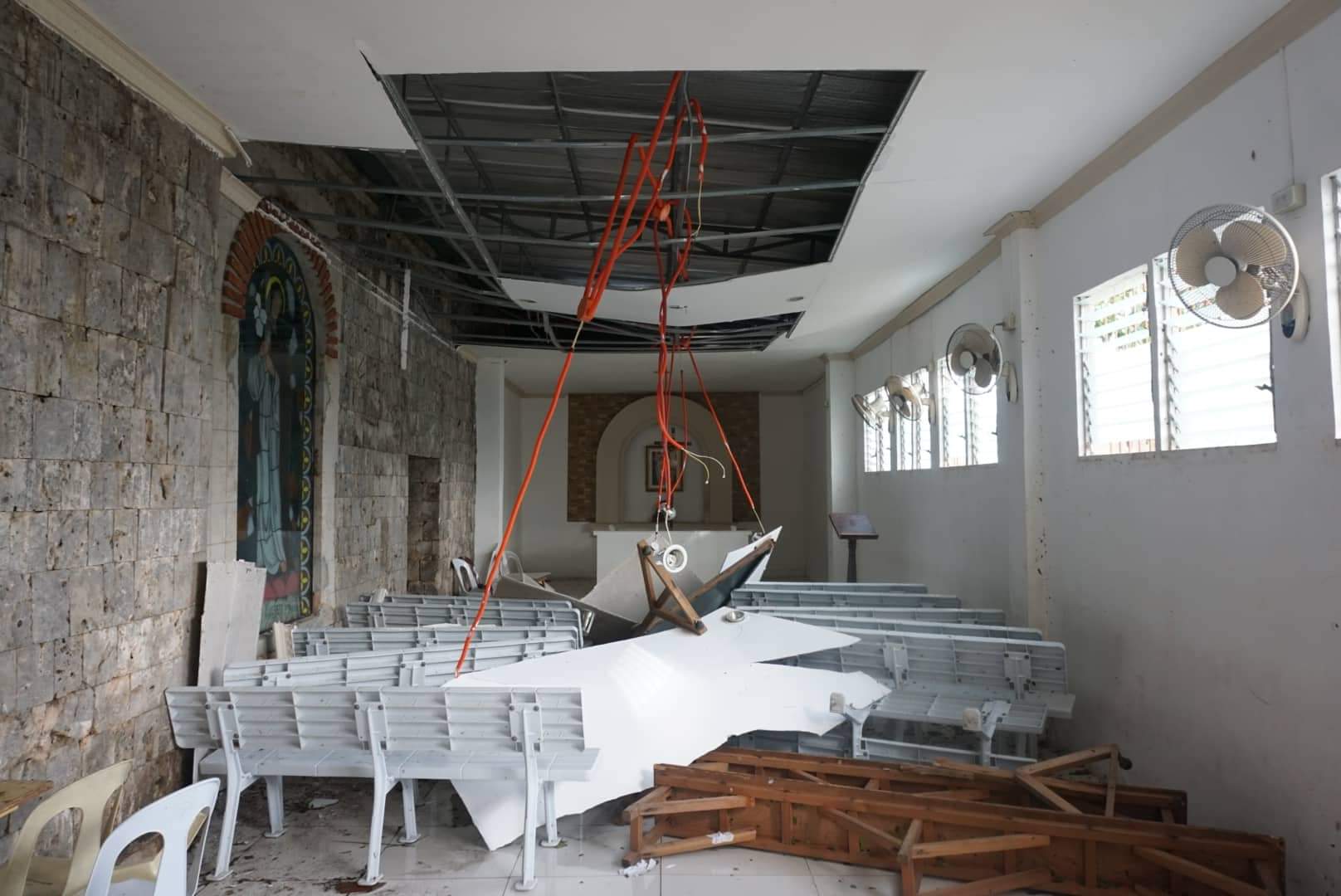 The parish rectory was close to losing its roof as Talaugon and the remaining members of the church can literally hear the howling of the wind.

The winds’ strength uprooted a fully-grown tree beside the rectory. It hit the rectory’s second floor when it feel down.

Aside from the church, damages were so recorded on the municipal cultural center, Local Disaster Risk Reduction and Management Office (LDRRMO), wharf and waiting sheds.

Daanbantayan Vice Mayor Gilbert Arrabis earlier said that they will be holding a special session today, December 26, to pass a resolution declaring a state of calamity in Daanbantayan.

READ: State of calamity to be declared in Daanbantayan town

The parish priest is hopeful that help will come for the restoration of the main church’s ceiling and the pilgrim chapel.

He called on to those who want to extend help in repairing the church to coordinate with the parish or through his mobile number: 09173239470. 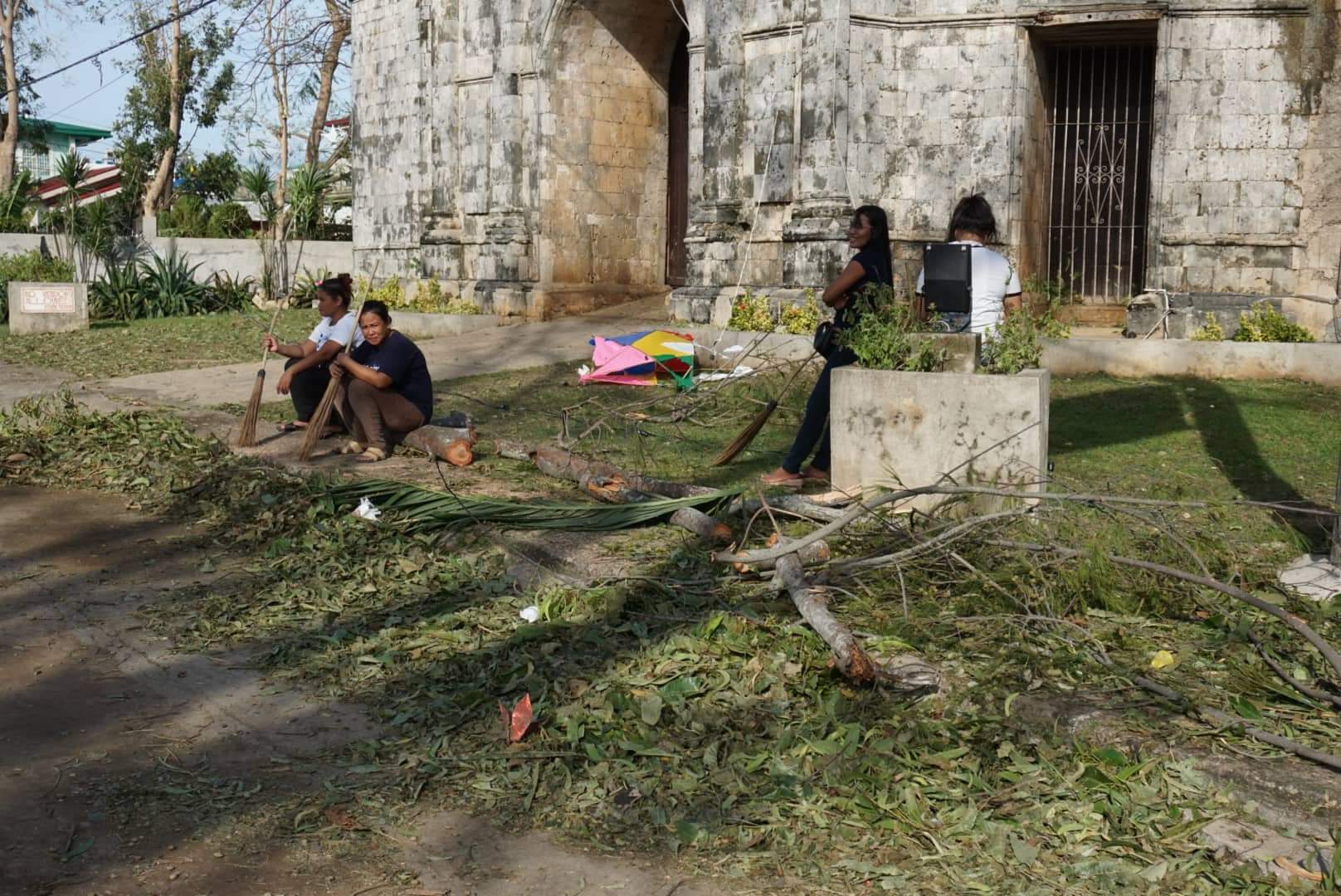 Three weeks ago, the parish church became a news subject when its love offering box was stolen at the height of Typhoon Tisoy.

The box was reportedly stolen on December 2 when the town was placed under storm signal number 2.

It was recovered on December 3, with its locks still intact, behind the Regional Health Unit building. / celr

Read Next
Notre Dame rector: Fragile cathedral might not be saved