Common-law couple nabbed with P1.3 million worth of illegal drugs in Mandaue 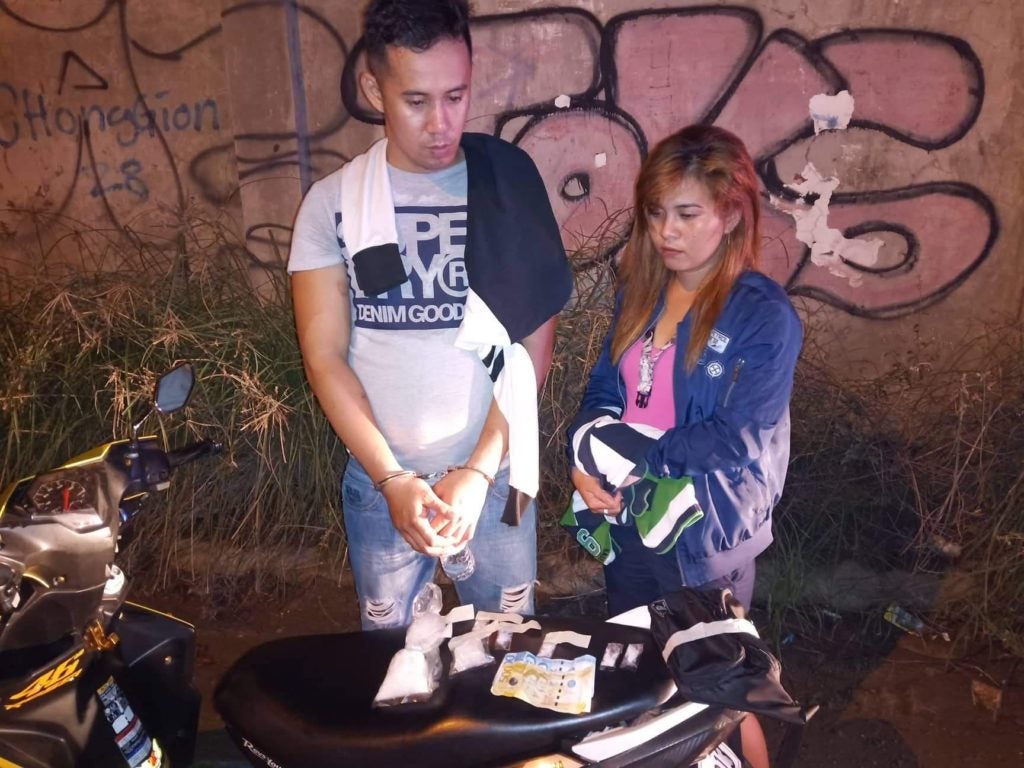 MANDAUE CITY, Cebu, Philippines — A couple was caught with P1.3 million worth of illegal drugs at past 10 p.m. of Thursday, December 26, in Barangay Looc, Mandaue City.

Police recovered from the couple 200 grams of  suspected shabu (crystal meth) with a Dangerous Drugs Board (DDB) value of P1,360,000.

The drug operation in Mandaue City happened at least an hour after a 15-year-old boy was caught with P1.8 million worth of suspected shabu in a buy-bust operation in Barangay Duljo Fatima, Cebu City.

The rescue of the boy from the illegal drug trade by police officers happened at past 9 p.m. of December 26. The boy was turned over to the Department of Social Welfare and Development where he would undergo assessment.

Meanwhile in the Mandaue drug bust, Villacampa said that the target of the operation was Suarez, whom an arrested drug pusher pointed to as one involved in the illegal drugs business.

He said that Suarez was on the police list of illegal drug personalities, who were considered as high-value targets.

Capungay, on the other hand, told police that she was just accompanying Suarez during the time of the buy-bust operation and that she did not know anything about his illegal activity.

Villacampa said that Capungay was Suarez live in partner or his common-law wife.

Suarez was detained at Opao Police Station detention cell while Capungay was held at the Mandaue City Police Office detention cell pending the filing of charges./dbs