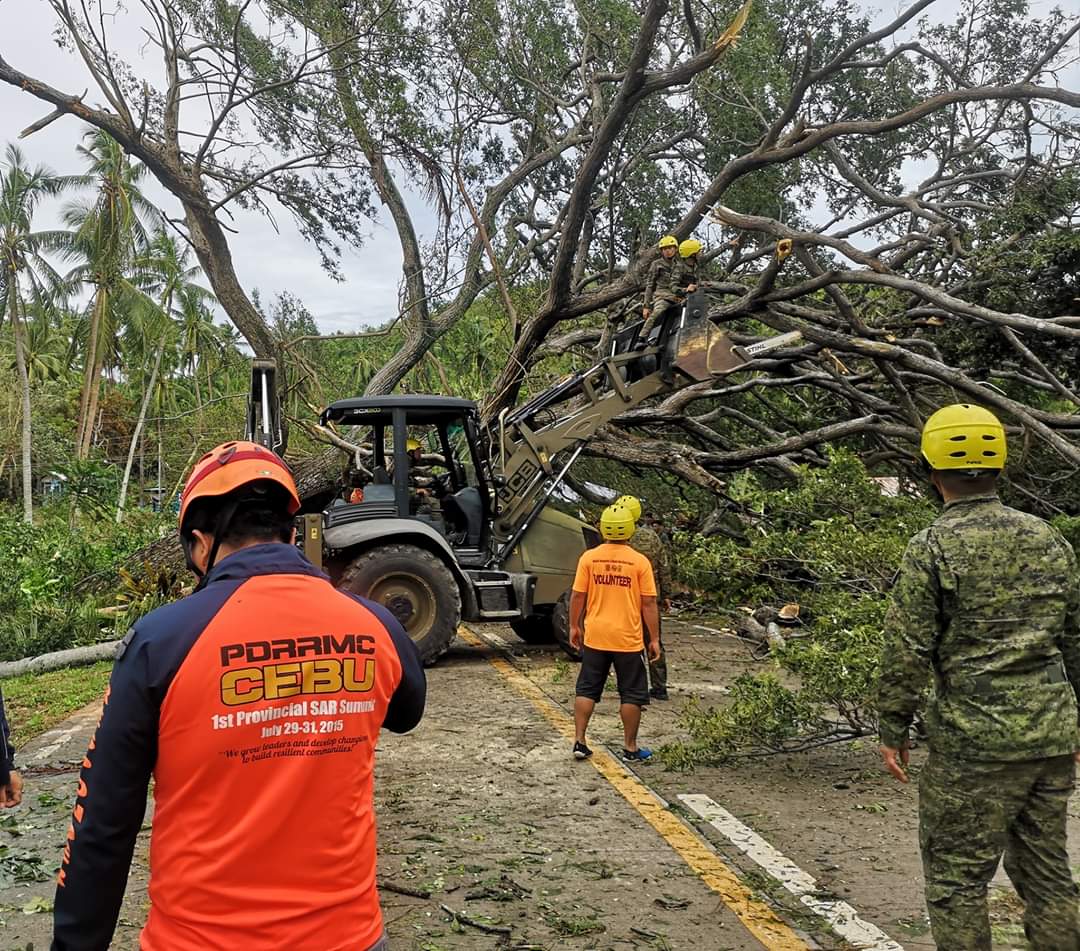 Personnel from the Municipal Disaster Risk Reduction and Management Office, along with other government units, work together to clear the roads of Medellin after Typhoon Ursula ravaged the northern Cebu town on Christmas Eve, December 24. | Photo courtesy of Municipality of Medellin Facebook page

MEDELLIN, Cebu, Philippines —When the storm subsided, the people of Medellin town in northern Cebu were left with toppled trees, roofless homes and destroyed structures.

Mayor Joven Mondigo, Jr., said 15 out of 19 bar have been assessed by the Municipal Disaster Risk Reduction and Management Office.

The municipal council held a special session on Thursday, December 26, which placed Medellin under a state of calamity.

Based on the assessment, at least 98 houses were completely destroyed while 2,542 others have been partially destroyed bringing the amount of damage to 12.5 million. 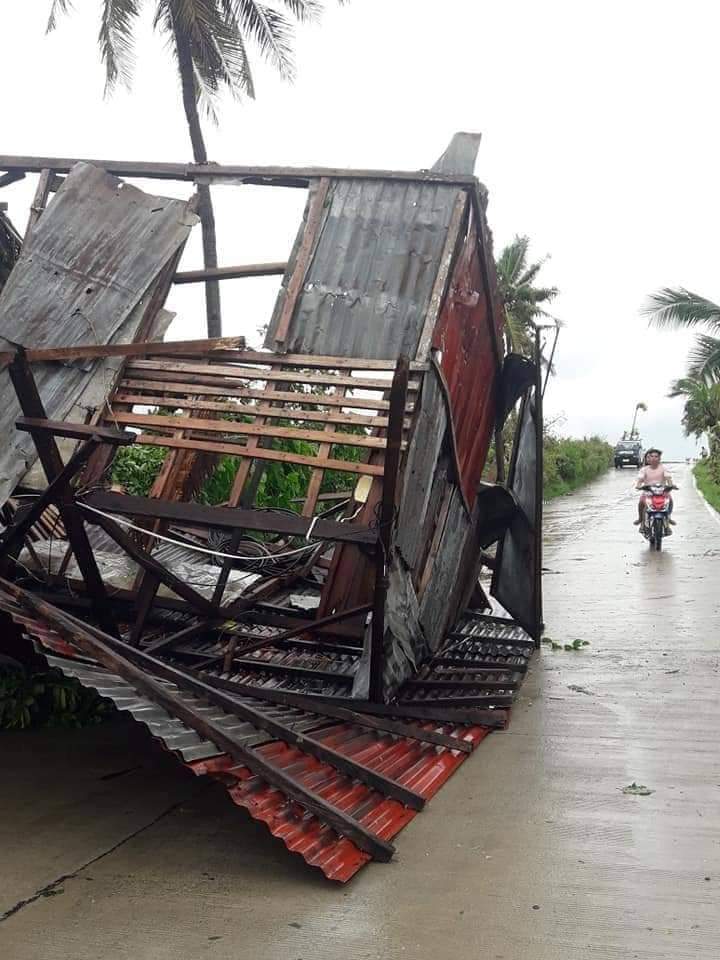 Medellin Vice Mayor Juan Alonso Lim posts a photo of this house which was blown away by strong winds brought about by Typhoon Ursula. | Photo courtesy of Vice Mayor Al Lim’s Facebook account

Government structures were not spared as at least P8 million worth of damages were recorded in the town’s sports complex, public market, covered courts, and streetlights.

Nobody was hurt during the typhoon.

Unfortunately, a boy died during the clearing operations after Typhoon Ursula hit the town.

Rodie Valiente, 5, died after he was playing with his friend, seven-year-old Andrei Umacob.

The boys were immediately brought to the hospital but Valiente was pronounced dead on arrival.

Mondigo said they will need the help of the provincial and national governments to rehabilitate the town.

“We can use 30 percent of our Internal Revenues Allotment for the relief. We still have P6 million left,” said Mondigo.

The town will be able to use P1.8 million as calamity fund. / celr