No more motorcycle taxis after March 23 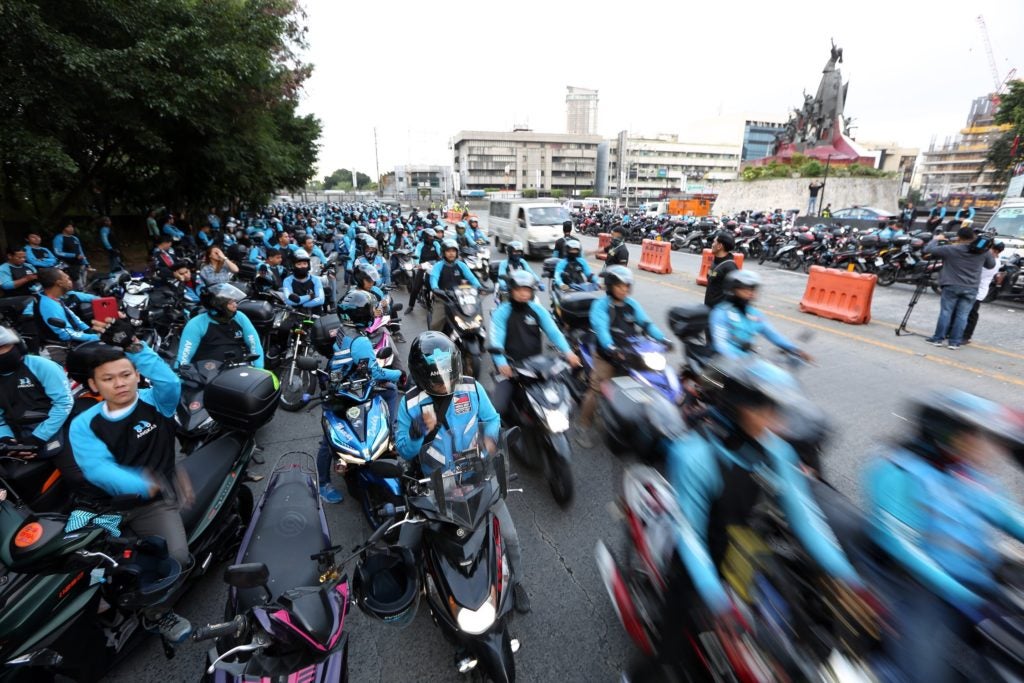 EDSA PROTEST In a “#SaveAngkasUnityGathering,” thousands of Angkas drivers protest along White Plains Avenue up to the Edsa Kalayaaan Shrine,Quezon City, on Sunday. NIÑO JESUS ORBETA

No more motorcycle-hailing services like Angkas can operate after March 23, the multiagency technical working group (TWG) studying the viability of bikes-for-hire announced on Thursday, adding that it sees no reason to extend the pilot test a third time.

TWG chair and Land Transportation Franchising and Regulatory Board (LTFRB) member Antonio Gardiola told reporters that they would be coming up with a conclusive study after March. “After that,” he said, “no more [bikes-for-hire].”

“That they are running now on the road is because of the study. That’s what they can’t understand. When we have already submitted our recommendations to Congress, the study is terminated,“ he added.

The announcement came amid heightened tensions between transport regulators and dominant bike-hailing service Angkas, which had been opposing the TWG’s recent decision to impose a 10,000 rider cap per company.

The cap will take effect for the three-month extension of the pilot test, which will run from January to March 23. Angkas claims to have 27,000 riders at the moment, while the new players—Joyride and MoveIt—have 1,438 and 1,414 each.

It appears, however, that Angkas has bigger looming worries than trying to keep the 17,000 riders on its platform. “There is still no law [amending Republic Act No. 4136 to allow bikes for public transport],” Gardiola said. “How then would all those riders be able to run on the road? Nobody can say, ‘Please consider them.’ The law covers all. If the law says bikes are not allowed, then they are not allowed. Who then will Angkas blame?”

Asked whether this would be a realistic option given the worsening traffic problem gripping the metropolis, transport consultant and TWG member Bert Suansing said: “That’s no longer the problem of the TWG. They (motorcycle taxi drivers) will have to be apprehended on the road. That’s the problem of the enforcers already.”

Gardiola took note of the trial-by-publicity the TWG had to endure in the past few days, after Angkas launched a #SaveAngkas online campaign that sparked public outrage.

“If only we were asked about what the TWG’s initial findings are and what the study is about, then we have a lot to talk about. But we were limited to talking about the livelihood of those 17,000 riders …,” he said.

In a separate statement, the TWG said that Angkas had merely submitted over 2,400 names of registered riders since the latter began the first phase of the pilot test in July.