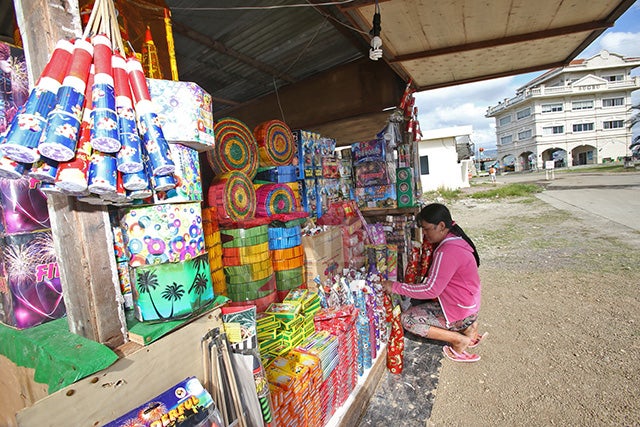 Vendors of firecrackers are only allowed to sell their products in a designated area at the South Road Properties. | CDN file photo

Labella met Soriano, who assumed as the officer-in-charge (OIC) of the Cebu City Police Office  (CCPO) on December 27, and all station commanders of the 11 police station in the city on Monday morning, December 30.

Aside from firecracker-related injuries, Labella said the more pressing concern would be the cases of the victims of indiscriminate firing and stray bullets during the New Year’s eve and on New Year’s Day.

“If possible, zero casualty gyud due to firecrackers and due to indiscriminate firing,” said Labella.

“I asked his assurance that whoever is found firing (their guns) during the New Year will be dismissed from service. There should not be indiscriminate firing,” he added.

As people welcomed 2019, Cebu logged at least 40 firecracker and stray bullet-related injuries. Of the number, three were caused by stray bullets.

The Department of Health in Central Visayas’s (DOH-7) records showed that Cebu had the most number of injured individuals in the region.

The cities of Cebu and Lapu-Lapu topped the count of firecracker-related injuries with 10 incidents each while seven incidents were recorded in Talisay City, six in Minglanilla town and four in Mandaue City./dbs