WATCH: Solenn Heussaff talks about struggles in pregnancy, being nursed by Nico Bolzico 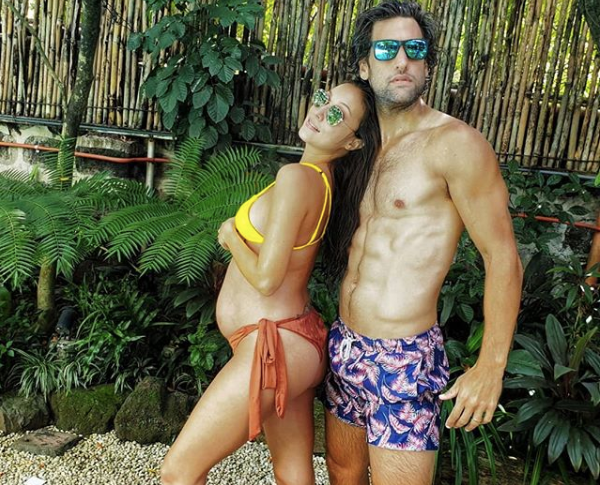 Actress Solenn Heussaff laid out her pregnancy journey after giving birth to her daughter Thylane Katana on New Year’s Day.

The actress claimed that her pregnancy started out easy until they encountered some roadblocks towards the end, as per her vlog on her YouTube channel on Dec. 31. Heussaff gave birth to a healthy baby girl after spending New Year’s eve in the hospital with her husband, Nico Bolzico.

The actress said in her vlog that when she got pregnant in April 2019, she was still working on her romantic comedy TV series “Love You Two”. Heussaff continued working for 5 months until she encountered some difficulty with her pregnancy, which required her to spend most of her time at home.

“If it wasn’t for anything internal, I would I say I’ve had the easiest pregnancy ever,” Heussaff said.

She narrated how she had no morning sickness, no cravings or mood swings. However, she was required to eat more than her usual calorie intake which she expressed was difficult for her.

During her 5th month, they discovered that their daughter was “10th percentile, meaning it was a very small baby.” Huessaff got candid and admitted that she and her husband got worried at the time, as she said those days were “the worst two weeks” of her life.

Heussaff and Bolzico thought they would have to deliver their child prematurely. She also shared that she was prescribed with injections after it was discovered that she was prone to an immune system disorder called Antiphospholipid Antibody Syndrome (APAS). Bolzico became the actress’ very own nurse during the process, according to Heussaff.

But Heussaff did not overlook the good parts of her pregnancy, like going through the same process with her friends. Heussaff said nine of her friends were also pregnant and this helped her find the strength to overcome the challenges she faced.

The actress also gave a sneak-peak of her intimate baby shower and some of their preparations in the house for the baby’s arrival. She then talked about her “babymoon” with Bolzico before the baby arrived, and her maternity shoot.

She ended her vlog with a message of strength to her fellow pregnant mothers: “Just be patient and know you’re not alone [in] the scary things you might think you’re going through.” JB