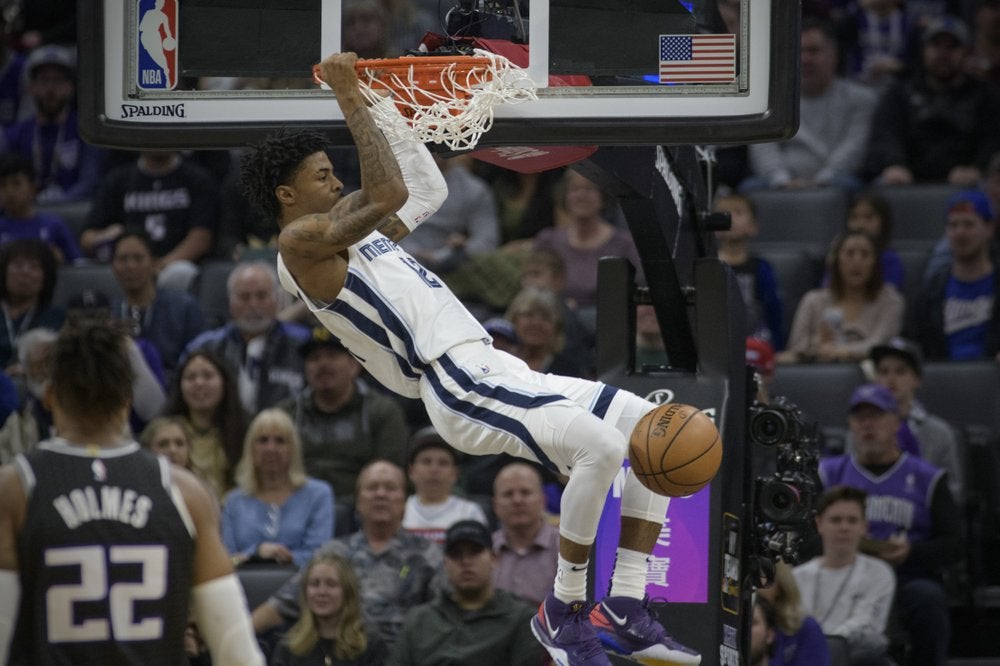 SACRAMENTO, California — De’Aaron Fox finally got the Kings running at the quick pace he grew accustomed to last season, and his season-high five steals helped send them on their way.

Fox scored 10 of his 27 points in the final five minutes and the Kings overcame a 20-point deficit in the first half to beat the Memphis Grizzlies 128-123 on Thursday night (Friday morning, January 3, 2020, Philippine time) ending an eight-game losing streak.

It’s a group that hasn’t had much success defensively this season while Fox has been in and out of the lineup.

Fox made an immediate impact against Memphis, coming from behind to block a shot by Jaren Jackson Jr. after the Grizzlies grabbed the opening tip. Fox also had a midcourt steal and layup as part of a run in the fourth quarter when the Kings turned a two-point deficit into an eight-point lead.

“I feel like I’m one of the best guys in the league that can actually go for those type of gambles,” Fox said of his early block. “I came up and I made a lot of plays defensively tonight. Sometimes you have to be able to take those risks and be able to make plays defensively.”

Walton compared Fox to a free safety in football.

“He’s so quick and he reads things so well that when he’s really engaged and he’s coming over making helps, he just gets to places so quick and he’s so explosive,” Walton said. “It gets us out and running.”

The Kings allowed 42 points in the first quarter and 37 in the third but held the Grizzlies to 13 through the first 10 ½ minutes of the fourth quarter, one of the best defensive stretches of the season by Walton’s team.

“We’ve got to learn how to play with a big lead like that, especially early in the game,” Memphis coach Taylor Jenkins said. “We’ve got to know that when a team’s down 20, that all those things that we made an emphasis of in the first quarter, you have to take it to another level. It kind of just slipped on us.”

Ja Morant, the Western Conference rookie of the month for December, had 23 points and seven assists for Memphis. Jonas Valanciunas added 18 points and 12 rebounds.

The Grizzlies led 42-26 after the first quarter and took a 97-90 advantage into the fourth.

Before the game a moment of silence was held for former NBA Commissioner David Stern. At halftime, a tribute to Stern played on the giant video scoreboard. Stern died Wednesday at the age of 77.