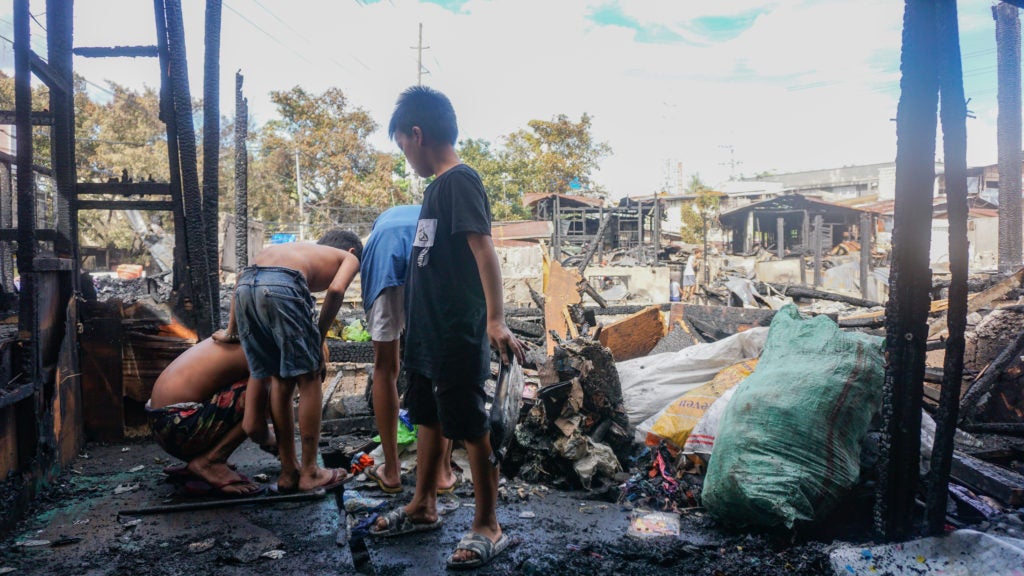 CEBU CITY, Philippines — Joselito Villahermosa, 57, has lost his home of at least 20 years where he used to live with his wife, children, and grandchildren in Sitio Cepadul Uno, Barangay Duljo, Cebu City.

He is among the 126 families and 440 individuals, who lost their homes to the afternoon fire on Thursday, January 2, 2020.

His 58th birthday is coming up on January 15, 2020, but he will not be celebrating the day because he has nowhere to celebrate it.

Villahermosa said that tragedy is the worst birthday present he has ever received.

Aside from his house being burned, his brother was injured while trying to save some pieces of wood from their already burned home on the morning of January 3, 2020. He was rushed to the Cebu City Medical Center.

“Mao ni ang birthday gift lagi sa akoa, paeta. Unta matabangan mis gobyerno nga makatindog mig balik. (This is the birthday gift for me, it is painful. I hope the city government will help us get back on our feet),” said Villahermosa.

The personnel of the Department of Social Welfare and Services (DSWS) assigned to Duljo said most of the victims needed food, clothes, and sleeping mats.

DSWS head, Doctor Jeffrey Ybones, said that the city would be giving out tents to the victims immediately after they had finished all the validationg process.

Ybones said Mayor Edgardo Labella wanted the tents distributed so the families would be safe from the elements especially in the case of rain.

Duljo Fatima Councilor Archie Legaspi told CDN Digital that they were hoping the families could go back to their lots because the lot is privately owned.

Legaspi said that in the past fires, including that on January 5, 2019, the victims were allowed to go back.

He said that they were coordinating with the owners to allow the affected families to go back.

Ybones also said that the mayor would not want for the private owners to make the fire as the reason to not allow them to return to the privately-owned lot.

The mayor said that the affected residents could go back after the clearing operations. /dbs