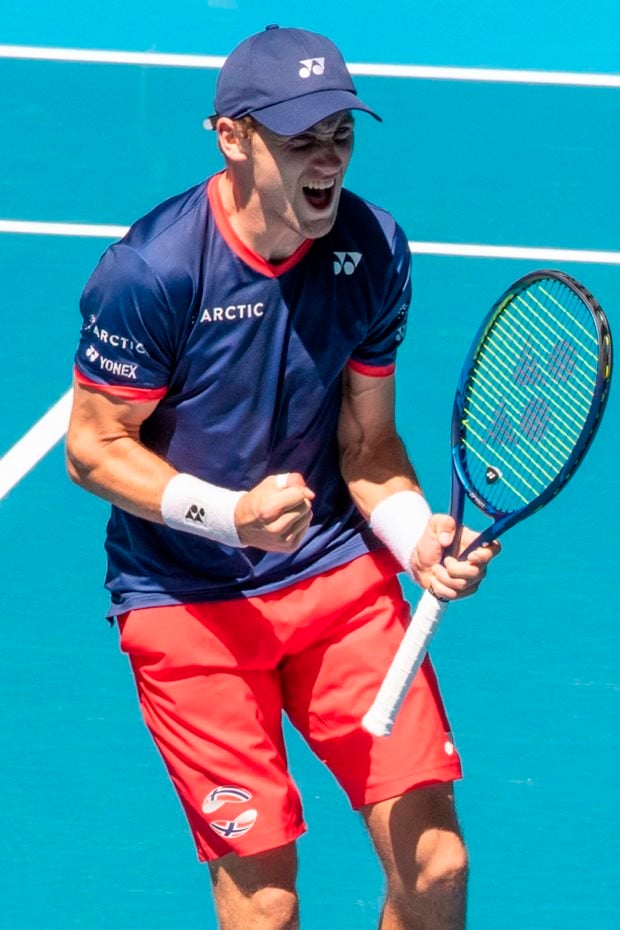 PERTH, Australia—Emerging youngster Casper Ruud notched the biggest victory of his career after beating big-serving John Isner on Friday to spearhead Norway’s stunning upset over the United States on the first day of the inaugural ATP Cup.

He saved two match points in the second set and weathered 33 aces from Isner, after Taylor Fritz thrashed Viktor Durasovic, 6-2, 6-2, in the opening match in Perth.

Ruud then backed up in the decisive doubles alongside Durasovic to down Rajeev Ram and Austin Krajicek, 4-6, 6-3, 10-5, and trigger jubilant scenes from the Norwegian contingent, which was the last team to qualify for the 24-nation event also being played in Brisbane and Sydney.

“I didn’t have much time to recover from my singles,” Ruud said. “I was a little bit low [on energy] but I got the feet going and we played great. The players are super proud to beat the US.”

The world No. 54 has risen up the rankings over the past year since training alongside Rafael Nadal.

Ruud, whose father, Christian, is Norway’s captain, clawed back into the singles match and stormed out to a 6-4 lead in the second set tiebreak, but was thwarted on his set points by a desperate Isner.

He saved two match points in a seesawing set before finally converting on his fifth attempt to keep Norway alive. —AFP

Read Next
Signing of 2020 budget set