Bid to bring back Sesante as UC Webmasters coach pushed 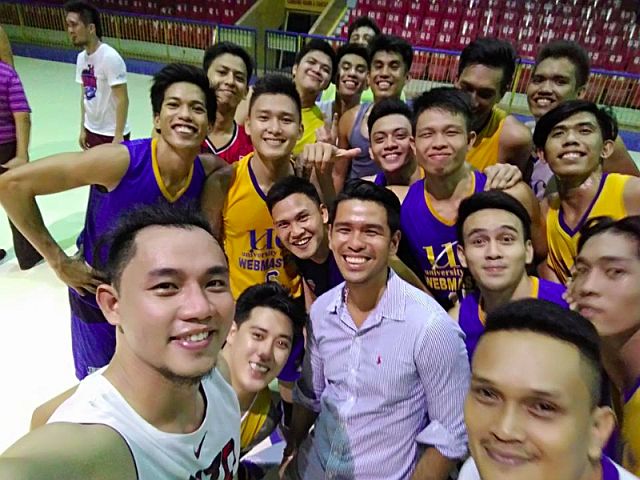 CEBU CITY, Philippines — The approval of University of Cebu (UC) president, Lawyer Augusto Go, is all that is needed for the UC Webmasters to have one of its most beloved head coaches, Lawyer Kenneth “Kern” Atilano Sesante, back.

This was confirmed by UC athletic director, Jessica Jawad-Honoridez, who divulged to CDN Digital that she and Lawyer Baldomero Estenzo will be submitting the proposal to bring back Sesante as the UC Webmasters head coach tomorrow, Monday, January 6, 2020.

Aside from being the executive vice chancellor for external, Estenzo also serves as the UC basketball team manager.

Honoridez said that she and Estenzo had agreed to propose getting back Sesante because he could be a very good role model for the players as he is also an alumnus of UC.

“Atty. Go had not told us yet what the new direction is for the team, but I presumed that it is about being more of a student first than being an athlete and Kern would be the perfect example because he graduated from UC as a varsity player,” said Honoridez.

Earlier, UC had announced that it was accepting applicants for the position of head coach after amicably parting ways with vaunted basketball coach Raul “Yayoy” Alcoseba last month.

Alcoseba’s three-year contract was supposed to end this May yet, but both Go and Alcoseba had agreed to end it earlier.

Honoridez said that they were satisfied with what Alcoseba had done with the team in both academic and athletic aspects.

However, they want both aspects more balanced.

“We are going to be more strict with our no failing grade policy, that is our primary concern. The reason why we grant scholarships is to help those who cannot afford to continue their studies. If we tolerate those failing grades, where is the help in that,” said Honoridez.

She added that “we have to push them to study because basketball is not their future, it is just a way for them to finish their education.”

Should Go give his approval, this will be Sesante’s second time to helm the UC Webmasters as he was the head coach of the UC Webmasters in 2016. He had then a one year contract and was replaced by Alcoseba for the 2017 season.

This is also not the first time that Estenzo had gotten him as a head coach. Estenzo first asked him to helm the team in 2012 which he declined as he was still then starting his career as a lawyer.

Another reason why Honoridez agreed to consider him is the good feedback that she had received from players when he was still the team’s head coach.

“I was getting feedback that he really has a good rapport with the players,” said Honoridez. | dbs