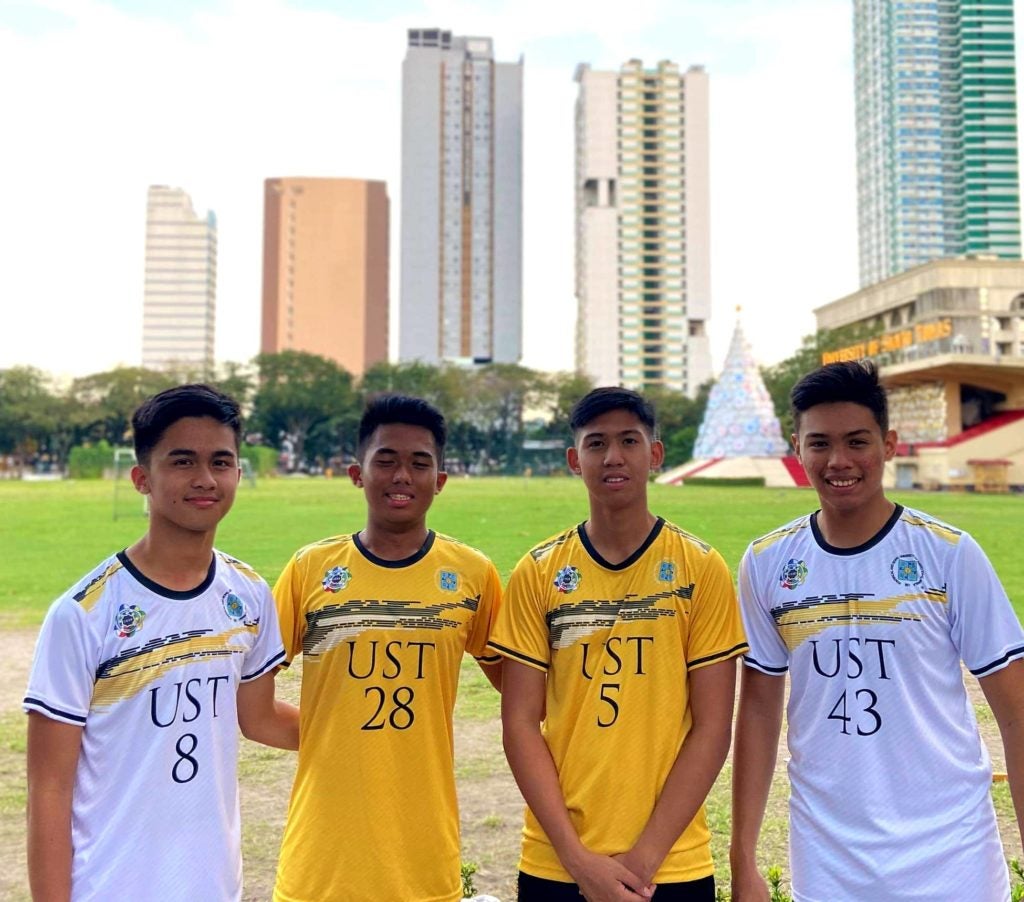 Four Cebuano booters — Kiann Partosa (from left), Glenn Lopez, Julian Cabatingan and Eymard Golosino — made their debut today in the junior football competition of the University Athletic Association of the Philippines (UAAP) as members of the University of Santo Tomas (UST) Junior Tigers. | Contributed Photo

Partosa and Cabatingan were named into the first 11 against Ateneo de Manila University (ADMU), which just won its opening match 1-0 at the Rizal Memorial Football Field.

The four were part of the SHS-AdC football team that won the secondary football title of the Cebu Schools Athletic Foundation Inc. (Cesafi) Season 18.

Partosa, however, had sat out the Cesafi competition as he was recovering from an anterior cruciate ligament (ACL) injury.

But, he was already part of the team that won in the Mandaue Meet and in the Central Visayas Regional Athletic Association (CVIRAA) Meet in Tagbilaran City, Bohol, which earned them the right to represent Central Visayas in the 2018 Palarong Pambansa held in Vigan City in Ilocos Sur.

After that, the four opted to leave SHS-AdC and have their Senior High in UST. | dbs