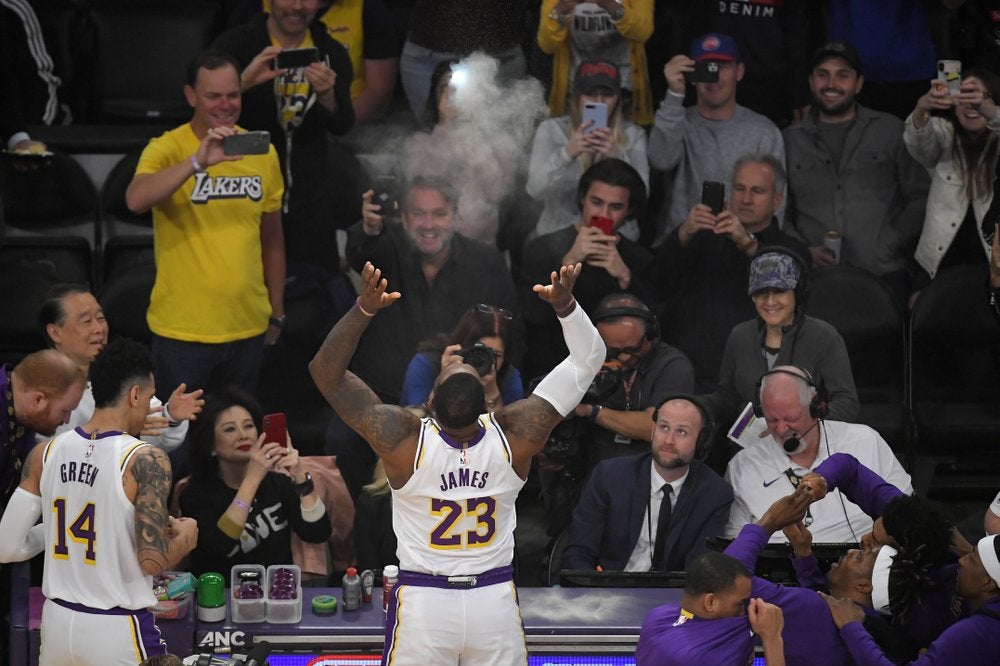 Davis scored 11 of his 24 points in the final 3:40 and added 11 rebounds for the Lakers, who blew a late 11-point lead in a wild fourth quarter and nearly lost to a team with a losing record for the first time all season.

Instead, Alex Caruso scored 13 points and the Lakers finished one blocked shot short of their franchise record while they hung on to remain unbeaten since Christmas, when they had a four-game skid. Los Angeles had 21 blocks against Denver in April 1982.

James finished with his 90th career triple-double, his ninth of the season and his second in five days.

Derrick Rose scored 28 points and former Lakers guard Svi Mykhailiuk had 14 — one off his career high — for the Pistons, who have lost nine of 11 despite a strong effort against the Western Conference leaders.

Dragic tied a career best with seven 3-pointers. Derrick Jones Jr. scored 19 points for the Heat, who got 14 from Kendrick Nunn and 12 points in 22 minutes from little-used James Johnson — who was called upon largely because Miami was without Jimmy Butler.

Tyler Herro scored 11 points for Miami, as did Meyers Leonard in his first game against his former team.

Both teams were missing starters unexpectedly. Miami was without Butler, who was ruled out because of back soreness. Portland’s CJ McCollum was out with an upper-respiratory infection.

Cleveland rested disgruntled forward Kevin Love and may have lost rookie Kevin Porter Jr. for an extended period with a knee injury.

Andrew Wiggins came back after missing four games with the flu and scored 15 points for the Timberwolves. They won for just the fourth time in 16 games.

Dante Exum, recently acquired in a trade with Utah, scored a career-high 28 points — 24 in the second half — for the Cavs. They dropped their fourth in a row amid drama surrounding Love, whose absence for rest came a night after he showed frustration toward teammates in a loss to Oklahoma City.

A day after a 26-point loss to Memphis in another matinee, the Clippers had a least three players score at least 30 points for the first time in franchise history.

Valanciunas shot 12 of 16 from the field, and Brooks made five 3-pointers before fouling out in the final minute. Jaren Jackson Jr. had 15 points and eight rebounds. Memphis has won five of its past eight games, including two of three on its current trip.

Devin Booker led the Suns with 40 points to break the franchise record for consecutive games with at least 30 with six. Charles Barkley and Charlie Scott shared the previous mark.

Read Next
PNP to intensify drug war vs middle-level, high-value targets in 2020