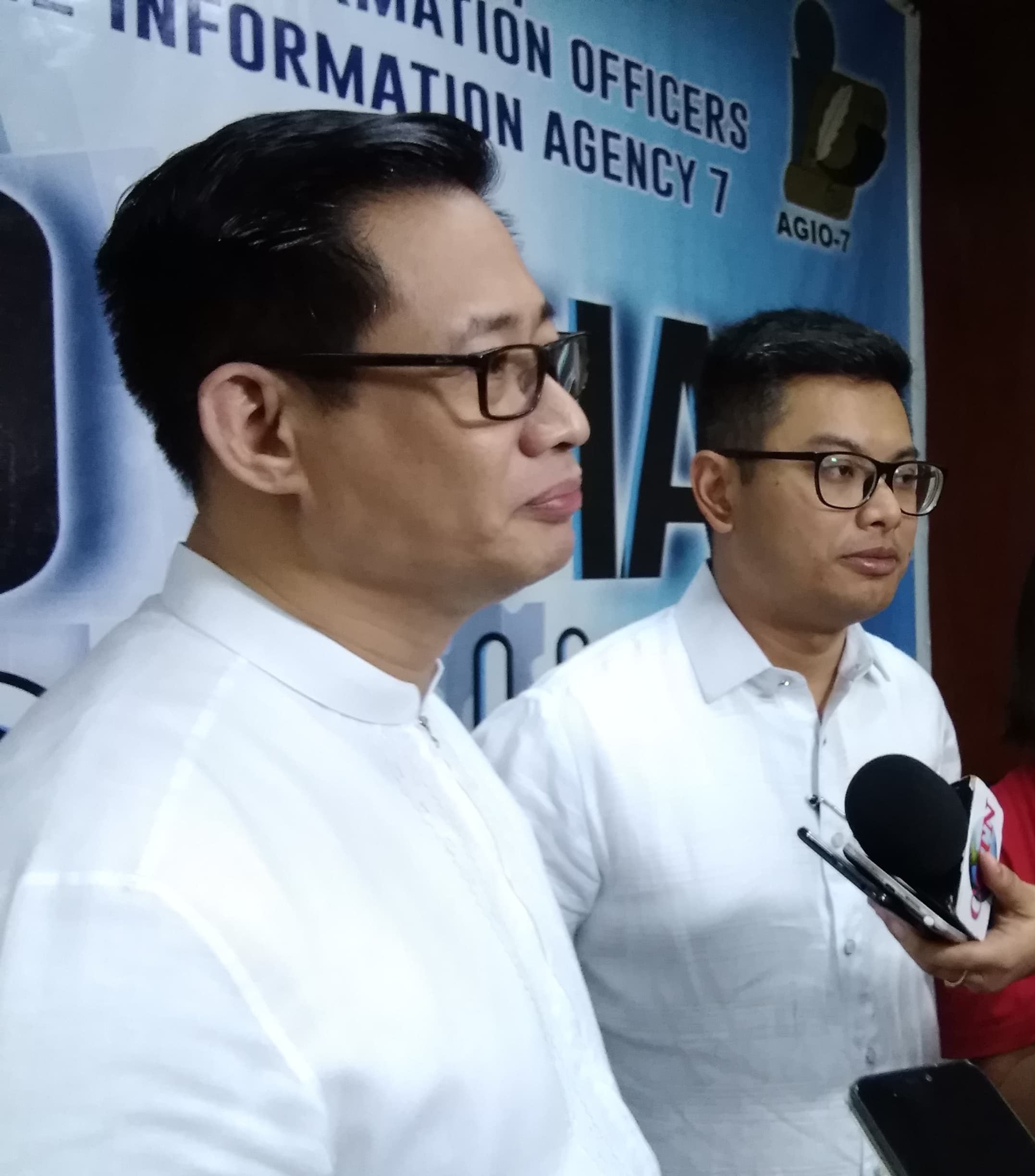 Officials of Hotel Resort & Restaurant Association of Cebu Inc. (HRRAC) report a drop in the 2020 occupancy rate of Cebu hotels in relation to Sinulog bookings. HRRAC president Carlo Suarez (right) and vice president Alfred Reyes said Cebu hotels’ occupancy rate is at 50 to 60 percent, which is lower than the 60 to 70% occupancy rate in 2019. CDN Digital photo | Futch Anthony Inso

CEBU CITY, Philippines — Around this time in 2019, hotels in Cebu should have an occupancy rate of 70 to 80-percent.

But less than two weeks before the Sinulog Grand Parade on January 19, the Hotel Resort & Restaurant Association of Cebu Inc. (HRRAC) reports that occupancy rate of most hotels is only at 50 to 60 percent.

Booking a hotel room or renting an apartment can be easily done through hotel-related smartphone apps which contributed to the decrease in the hotels’ occupancy rate.

Suarez said the app has affected their income by 30 to 40 percent.

(We used to require two-night stays [for Sinulog bookings]. This time, we allow overnight stays. The rates offered by the app is also very cheap.)

Suarez is urging the government to regulate the app as its current operations is affecting the hotel industry in Cebu and the Philippines.

(They sell cheap rates… P1,500, P2,000. Where are their locations? Jonas Avenue [now Osmena Boulevard], IT Park. They do not have marketing expenses. The hotels, we market our properties, we spend money.)

Gelena Dimpas, chief tourism operations officer of the Department of Tourism (DOT)-7, said this issue has reached their central office.

Dimpas said the solution does not only rely on one agency.

She said it needs collaboration of all concerned agencies, which include the areas of licensing and accreditation.

“There are now coordination meetings among these agencies at the national level. In fact, we are really very eager nga makabalo kun unsa na atong sunod nga lakang (to know what are our next steps),” Dimpas said. / celr