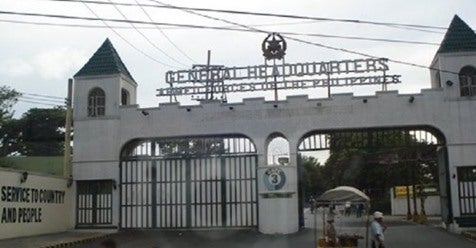 MANILA, Philippines – The commander the Army’s 2nd Infantry Battalion (IB) has been relieved from his post following the fallout of the controversy surrounding the edited photo of New People’s Army (NPA) surrenderers in Masbate last month.

Lt. Col. Napoleon Pabon, commanding officer of the 2nd IB, has been ordered relieved from his post effective Jan. 7, after reportedly taking responsibility for the “mistake” before the Army’s Board of Inquiry.

It was not clear, however, if Pabon voluntarily quit his post or was relieved based on a recommendation from his Philippine Army superiors for the admitted wrongdoing.

Pabon was the commanding officer when the 2nd IB, based in Milagros town in Masbate province, issued a media release with a manipulated photo of the supposed NPA rebels.

The Army also did not specify Pabon’s role in the manipulated photo, or if he was owning up responsibility over the fracas.

The photo, carried by a number of major news networks, showed a lineup of purported NPA guerillas as they were presented at an event, along with firearms allegedly seized from them.

But after eagle-eyed netizens noted that the photo appeared to have been digitally edited, Army officials eventually admitted committing an “honest mistake” of altering the photo.