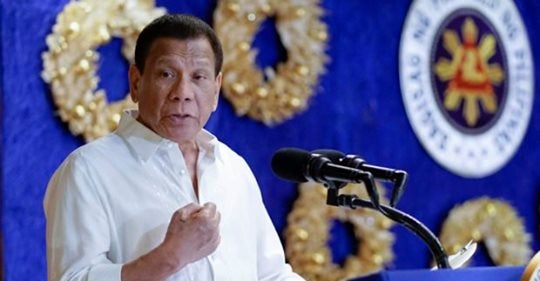 MANILA, Philippines — The Alliance of Concerned Teachers (ACT) urged President Rodrigo Duterte to honor his pledge to increase the salaries of public school teacher over and above the recently enacted Salary Standardization Law (SSL) even as they expressed dissatisfaction with the new law.

Raymond Basilio, ACT secretary-general, said the pay hike for teachers provided in the latest SSL did not standardize teachers’ salaries with those of nurses and policemen.

Under the new SSL 5 for 1.4 million government workers, teachers will receive a raise of about P1,500 a month, every year until 2023, but that would only amount to P27,000 per month, way behind the minimum salaries the President signed into law over the past three years.

The President doubled the entry-level salary for police officers to P29,668 and, in SSL 5, upgraded nurses pay grades so they would receive a minimum monthly salary of P32,053.

Basilio said the new law did not even honor the recommended remuneration scheme in the 53-year-old Magna Carta for Teachers.

“We’ve spent the last three years urging the President to honor his word and substantially raise our salaries. So we say: no more promises, but more decisive actions,” said Basilio.

Basilio also urged the President anew to fulfill his promise of doubling the salary of nearly a million public school teachers and called on him to sign a binding pact to immediately upgrade teachers’ salaries to Salary Grade 15, equivalent to around P30,000 a month.

Doing so, ACT argued, would at least put public school teachers’ pay at par with nurses and uniformed personnel.

Benjo Basas, chair of the Teachers’ Dignity Coalition, in a statement called the SSL 5 a “generic law which does not recognize the specific worth” of teachers.

“We are thankful and we recognize this increase in the salaries of government workers. But [the President] promised a P10,000 hike which should be over and above the SSL when he decided to run for office in 2015,” said Basas.