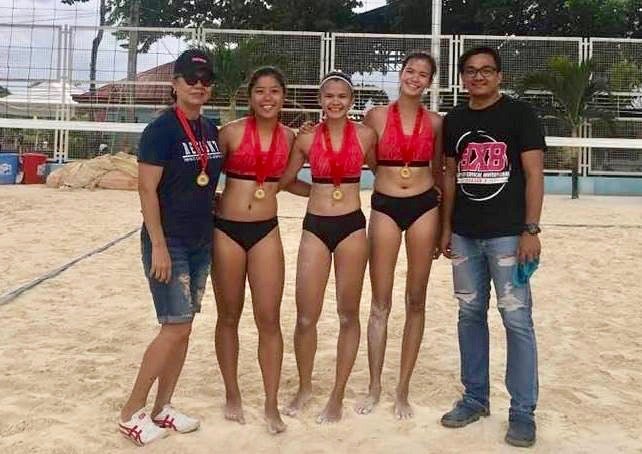 Cebu City, Philippines—Failing to defend the women’s volleyball crown in the Cesafi this year, the University of San Carlos (USC) Lady Warriors got back on track and wrested the beach volleyball title on Sunday, January 12, 2020, at the Millennium Park beneath the Marcelo Fernan Bridge in in Lapu-Lapu City.

Querubin was later named the Most Valuable Player (MVP) of the tournament.

The team is coached by legendary volleyball coach and former National Team player Grace Antigua while sitting as her assistant is Dennis Sepulvida.

Sepulvida said determination was the key to success this season.

“They really wanted to win [the title] this season,” he told CDN Digital via Facebook Messenger.

The Lady Warriors advanced to the finals after defeating the University of San Jose-Recoletos in the crossover semifinals while the Lady Cobras, champions in the women’s indoor volleyball tournament, toppled defending beach volleyball champion University of Southern Philippines-Foundation (USPF).