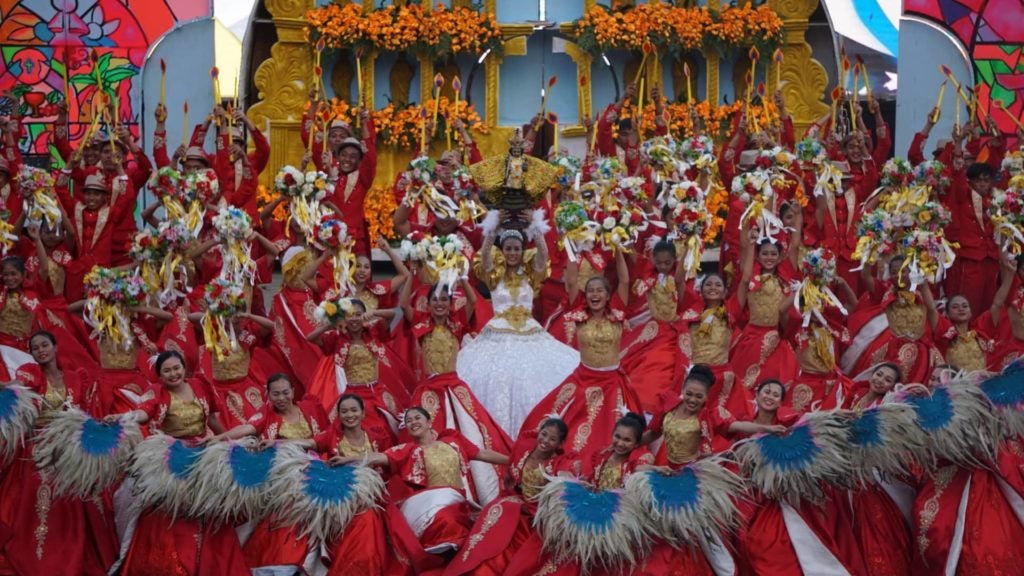 CEBU CITY, Philippines – Cebu City Mayor Edgardo Labella declared that the Sinulog Festival 2020 which was witnessed by at least 2 million people on Sunday, January 19, was a peaceful and orderly success.

“The Sinulog Grand Parade was definitely a success,” Labella told the hundreds gathered at the Cebu City Sports Complex (CCSC) today, Monday (January 20) for the Sinulog Awarding Ceremony wherein the winning contingents performed their winning rituals once again on stage.

Labella also commended the efforts of the police in Central Visayas for helping secure the Sinulog Festival 2020, the 455th Fiesta Señor celebration, and all the events related to both.

“It was a peaceful and orderly celebration not only during the Sinulog Grand Parade but also throughout the nine-day Novena Masses, the Solemn Foot Procession, and other activities related to Sinulog Festival. With that, I would like to give our thanks to the members of the Philippine National Police (PNP),” he added.

Crowd-favorites Sinanduloy Cultural Troupe from Tangub City in Misamis Occidental and Lumad Basakanon are the big winners for this year’s Sinulog Grand Parade.

A total of 91 contingents participated this year which is fewer compared to the 116 that joined in 2019. /rcg

2. Life of Abyss by M. Lhuillier

Read Next
Story of faith wins it for Sinanduloy Cultural Troupe