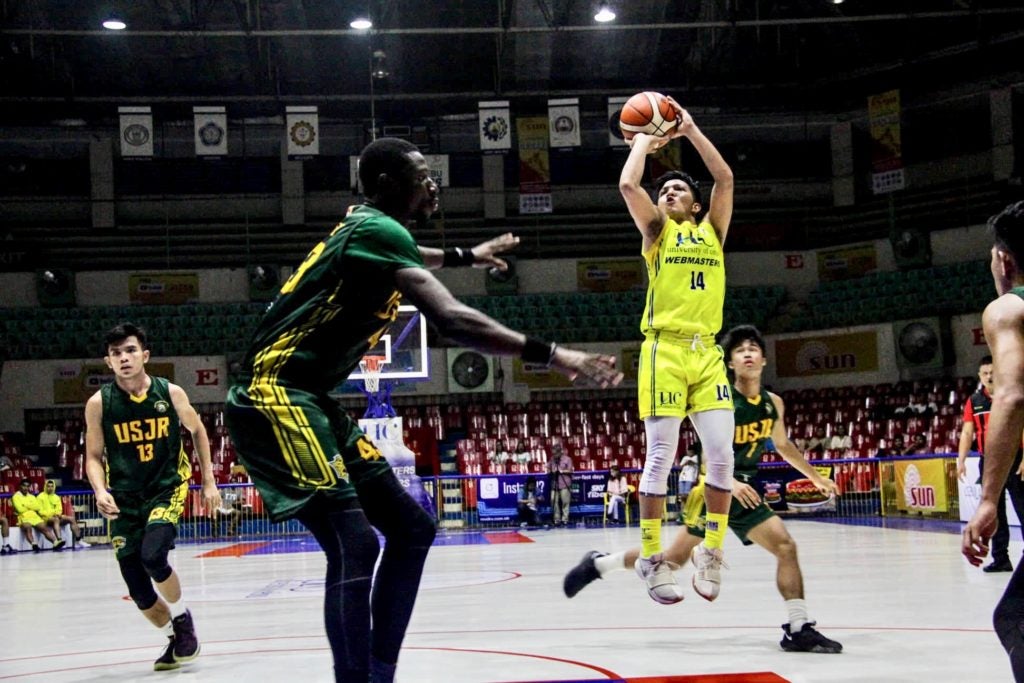 UC’s Darrell Shane Menina puts up a jumper in a game against USJ-R in the 2019 season of the Cesafi. | CDN file photo

Cebu City, Philippines—When news came out of Darrell Shane Menina being picked by the Marinerong Pilipino in the 2020 PBA D-League Draft on Monday, January 20, 2020, a lot of Cebuano basketball fans rejoiced.

Another Cebuano is taking a step closer to his basketball dream.

Menina, the 22-year-old native of Talisay City, Cebu, was selected second in the sixth round by the Skippers, the runners up in the 2019 Foundation Cup of the PBA D-League.

But Rocky Alcoseba, former assistant coach of the University of Cebu (UC) where Menina used to play college ball in Cebu City, wasn’t surprised with the development.

“I always had that gut feeling that Shane would make it big,” Alcoseba, the son of noted basketball coach Raul “Yayoy” Alcoseba, said.

“It was just a matter of time,” he said.

Alcoseba, who has seen Menina blossom throughout the years in the Cesafi basketball tournament, believes the promising playmaker will do well in the D-League, the PBA’s official minor league basketball organization.

“Shane is built for the big stage and I’m confident he will make it to the PBA and have a great career,” the younger Alcoseba said.

But like any other coach, Alcoseba knows Menina could still be better if given the needed experience on a bigger stage.

Aside from Menina, also selected in the Draft was former University of San Jose-Recoletos (USJ-R) Jaguar Miguel Gastador.

Read: Cebu’s Gastador, Menina excited to be playing together at Marinerong Pilipino

Gastador was picked second in the eighth round.

Gastador and Menina will be reuniting as they used to play high school ball together at UC.