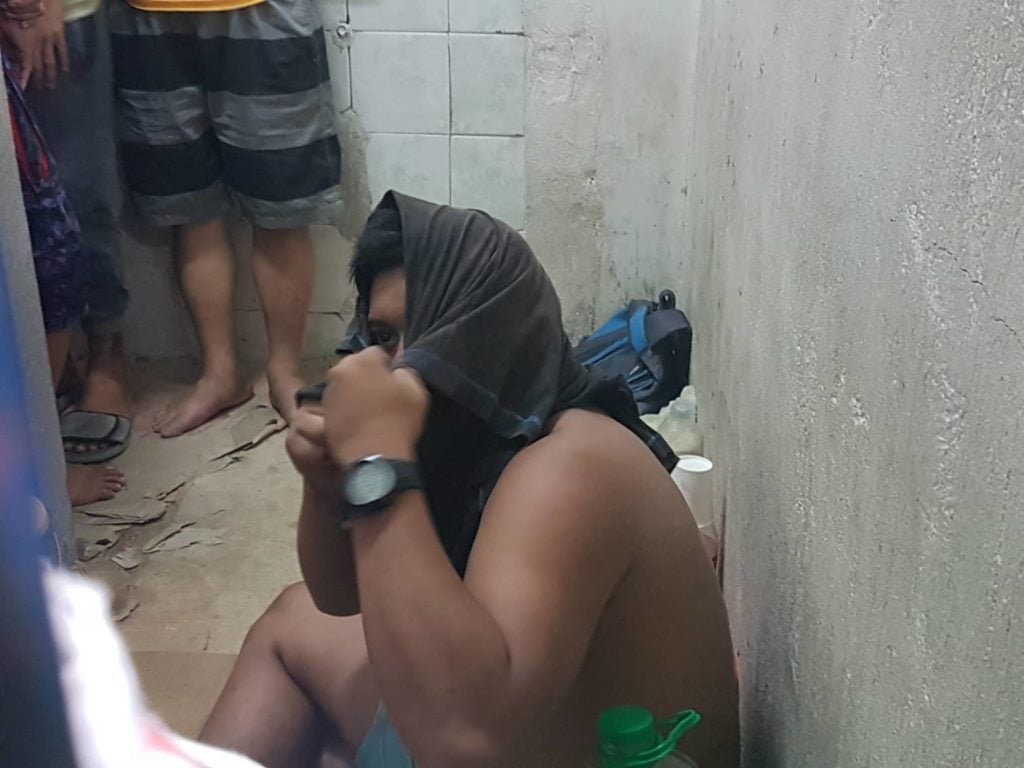 The Regional Anti-cybercrime Unit in Central Visayas (RACU-7) arrested a 19-year-old criminology student who allegedly threatened to post online nude photos of a girl he was chatting with online. | CDND Photos / Alven Marie A. Timtim

CEBU CITY, Philippines — For threatening to post online nude photos of his brother’s ex-girlfriend in exchange for sex, a first-year criminology student is now locked behind bars at the Cebu Police Provincial Office (CPPO).

Police Colonel Marlo Castillo, head of RACU-7, said that the 19-year-old girl came to their office on Monday morning, January 20, 2020, to complain about a man who allegedly threatened to post her nude photos online if she will not give in to his sexual demands.

Castillo said when they checked the conversation, the threats received by the girl violated section 6 of RA 10175 or the act defining cybercrime and Anti Photo and Video and Voyeurism Act.

The identity of Antonio was then revealed during the meet-up with the girl in Barangay Guadalupe hours before Antonio was arrested at around 10 in the evening on Monday.

Castillo said they found three condoms from Antonio during the arrest which further strengthened the case against him.

In an interview, Antonio denied that it was him who threatened the girl.

He said he could not think of any reason why the girl would accuse him of such as she was the ex-girlfriend of his older brother.

Meanwhile, Castillo urged the public to stop sending their naked photos to strangers online and even to persons close to them as these can be used against them when conflicts arise.

“In fact, possession of nude photos in your phones is tantamount to violation of the 9995 (Anti photo and video voyeurism act),” said Castillo. /rcg