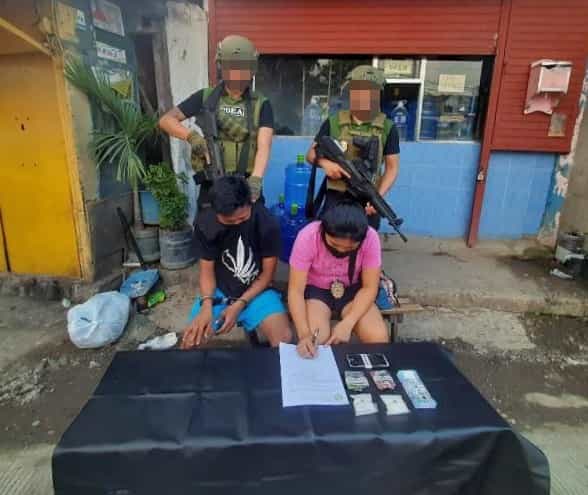 A 22-year-old plea-bargainer who was arrested for illegal drugs in 2018, was arrested this afternoon, January 22, 2020 by agents of the Philippine Drug Enforcement Agency in Central Visayas (PDEA-7) in a buy-bust operation. | CONTRIBUTED Photo

CEBU CITY, Philippines —He was arrested for illegal drugs in 2018 but was released as part of a plea bargaining agreement.

But as they say, old habits die hard and in no time, Jemboy Bitos, 22 of Barangay Calamba, Cebu City was back to peddling illegal drugs.

On Wednesday, January 22, 2020, Bitos was arrested by agents from the Philippine Drug Enforcement Agency in Central Visayas (PDEA-7) in coordination with the Labangon police station in a buy-bust operation.

Illegal drugs worth P680,000 was found in his possession.

The high-value target who doubles as a construction worker was nabbed along A. Lopez Street, Barangay Labangon, Cebu City at around 4:30 p.m.

Leia Alcantara, spokesperson of PDEA-7 said that they had Bitos under monitoring for two weeks before they conducted the operation.

Alcantara said that the suspect is capable of disposing of almost a kilo of illegal drugs a week.

Alcantara said they found out that Bitos was a plea-bargainer and was arrested for illegal drugs back in 2018.

A case for violating section 5 of the Republic Act 9165 or the peddling of illegal drugs is set to be filed against Bitos.

The suspect is currently detained in the PDEA-7 detention facility while the agents continue to check his background,  /rcg