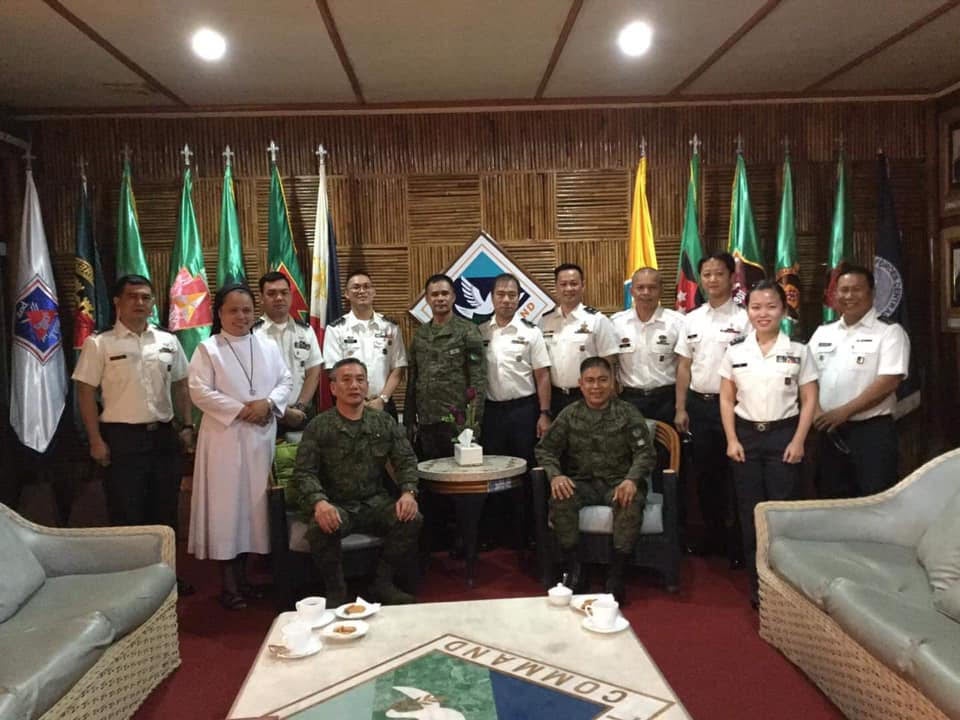 The visit was headed by Colonel Jenie Heyasa, 5TAS area commander, and Lieutenant Colonel Geronimu Yu, group commander of the unit in charge of Cebu.

Discussed during the visit were future coordination and projects between 5TAS and Centcom including disaster response, civic actions such as medical missions and legal aid, and other activities in the Visayas that would benefit the masses.

Captain Rester John Nonato, assistant chief of staff for Civil Military Operations of the brigade, said that 5TAS is a technical service unit that consist of reservist who are lawyers, nurses, doctors, priests, nuns and other professionals. They also provide free medical, engineering, legal and religious services in support of the various maneuver units of the AFP in the Visayas. It has units based in Cebu, Panay, Negros, Bohol, and Leyte. / dcb

Read Next
Leprosy in PH: Treatment advances but stigma remains