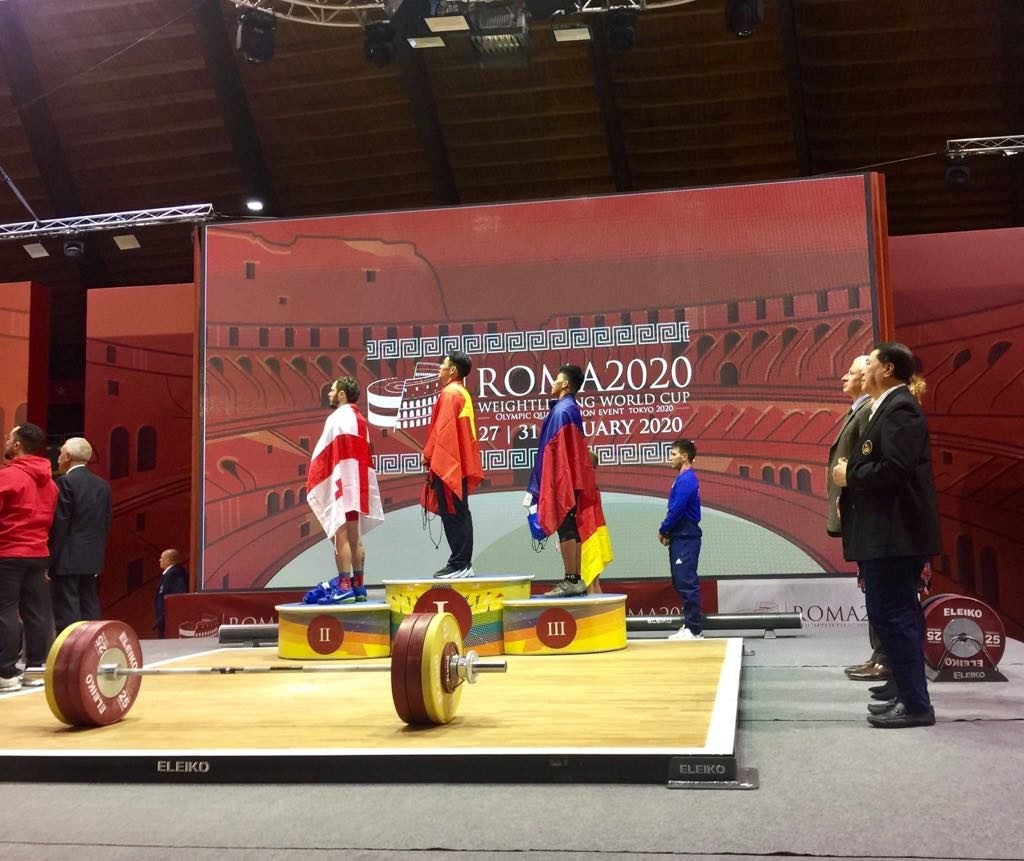 John Fabuar Ceniza, draped with the Philippine flag, is at the podium during the awarding ceremonies of the 61-kgs category of the Roma 2020 World Cup at the Pala Pellicone in Rome. | contributed Photo

CEBU CITY, Philippines—Cebuano weightlifter John Fabuar Ceniza boosted his chance of getting a slot into the 2020 Tokyo Olympics following a bronze medal finish in the Roma 2020 World Cup that is ongoing from January 27 to 31, 2020, at the Pala Pellicone in Rome.

Ceniza bagged a silver medal in his first-ever Southeast Asian Games (SEAG) stint hosted by the Philippines in December 2019.

He is joined in Rome by fellow Cebuano weightlifter, Elreen Ann Ando, and 10 other Philippine weightlifters, including Olympics silver medalist Hidilyn Diaz.

National coach Ramon Solis, who is the lone weightlifting Olympian from Cebu, said that the Roma 2020 World Cup is sanctioned by the International Weightlifting Federation (IWF) as an Olympic qualification event in the silver category.

Read Next
How do you congratulate a friend who has moved on from a heartbreak?