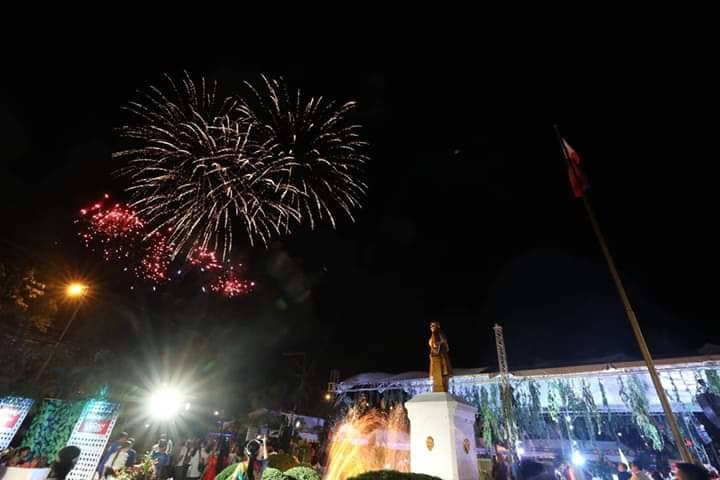 CEBU CITY, Philippines —The Cebu provincial government is set to award P15 million worth of infrastructure projects to five local government units in northern Cebu after topping the ranking of host towns during the Suroy Suroy Sugbo Northern Escapade.

The municipality of Liloan, which hosted the tour’s finale, earned the top spot and will receive P5 million worth of projects.

In a news release of the Capitol’s Provincial Information Office, Sugbo News, Liloan Mayor Christina Garcia Frasco was quoted as saying that as they hosted the finale of the tour, they wanted to show “who we are as a people, where we are now, and where we are headed as a municipality.”

“And so we paid tribute to our heritage, but at the same time we also showed them world-class performances and preparations that work well with our vision as a municipality in the premiere Province of Cebu,” Frasco said during the Provincial Development Council meeting on Wednesday afternoon, January 29, 2020.

The ranking of the LGUs were announced by Governor Gwendolyn Garcia during the PDC meeting at the Capitol.

Next to Liloan were the towns of Bantayan, Madridejos, San Remigio, and Medellin. The towns will receive P4 million, P3 million, P2 million and P1 million worth of infrastructure projects, respectively.

Almost a month before the Suroy Suroy Sugbo Northern Escapade, which was slated last January 22 to 24, 2020, the four towns were devastated by the effects of Typhoon Ursula.

Ursula, to recall, wrecked havoc in the northern tip of Cebu Province on Christmas eve, December 24, 2019.

A total of 15 towns in the northern Cebu, sans Danao City, participated in the 3-day tour.

The towns were rated by the 305 participants of the tour based on their hosting of the Suroy Suroy Sugbo, particularly in the cleanliness of their comfort rooms, entertainment presentations, food, and the venue where they let the guests stay for the welcome program. /bmjo

Read Next
Some hotels, resorts in Cebu note cancellations in bookings, reservations amid coronavirus threat