No symptoms of nCoV from crew of vessels from China 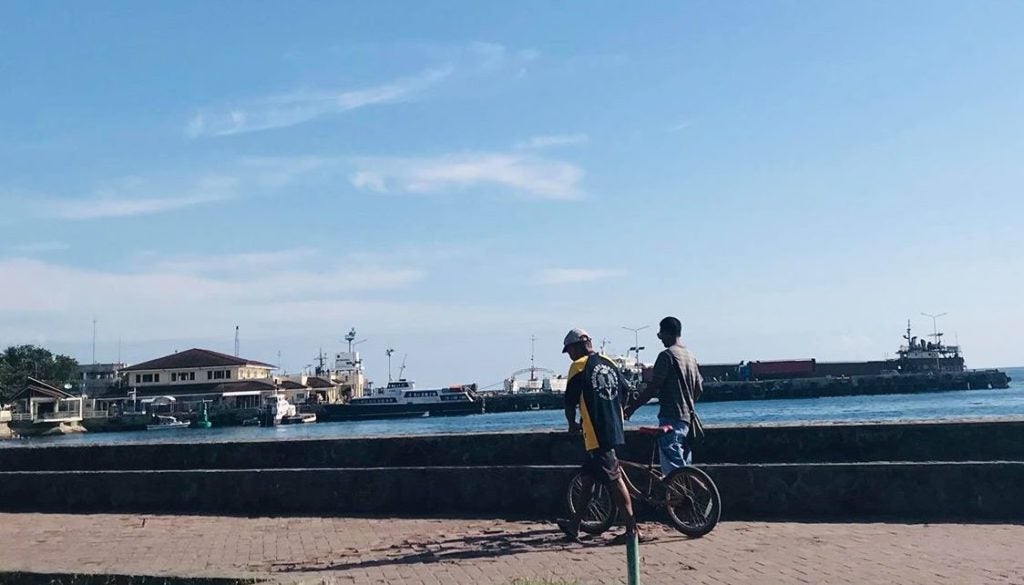 Two men walk through Rizal Boulevard in Dumaguete City with the Port of Dumaguete at their background. CDN Digital photo | Florence Baesa

DUMAGUETE CITY, Negros Oriental—To promote and preserve the health of the public here, Dumaguete City Mayor Felipe Antonio Remollo denied the ships that sailed from China from docking and prohibited the crew to disembark at the Dumaguete port on Wednesday, February 5, 2020, amid the threat of the novel coronavirus in the country.

According to a press statement from the city’s public information office, the decision of Remollo, who is the chairperson of the Inter-Agency Task Force on Coronavirus here, was supported by the Philippine Ports Authority (PPA).

Instead, the medical officers from the City Health Office (CHO) and the Bureau of Quarantine (BOQ), including the health workers from the Integrated Provincial Health Office (IPHO), boarded the ship that came from Taizhou, China and was anchored in the seas off Dumaguete Bay to check on the health of the 11-man crew.

Read: Three vessels from China not allowed to dock in Dumaguete port

Talla said the crew left Manila for Shanghai on January 18, 2020.

The crew immediately boarded and stayed in the vessel, a tug boat named IMC-18, from January 19, 2020 until January 22, 2020, when they left the port of Taizhou for the Philippines.

The tug boat and two barges, IMC-19 and IMC-20, arrived in Dumaguete on February 4, 2020 but was prevented by the PPA to dock at the pier pending the proper coordination between the concerned agencies amid the novel coronavirus scare.

According to the Bureau of Quarantine the 14-day quarantine period of the crew began on January 22, 2020 when they left the port of Taizhou. The 14th day was on Wednesday, February 5, 2020. The quarantine ends Thursday, February 6, 2020.

As soon as the documents for the conversion of the Chinese ships to vessels under the Philippine Flag, the entire crew will leave for their next destination as soon as possible. /bmjo

Read Next
Not Guilty: Split Senate acquits Trump of impeachment