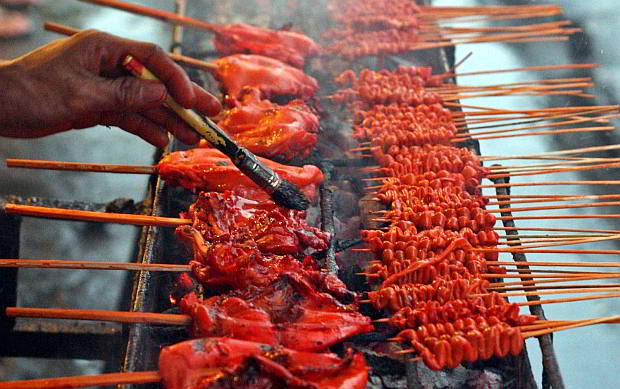 CEBU CITY, Philippines — The Cebu City Health Department (CHD has become concerned with the recent online post of rodents seen inside food establishments such as the famous barbecue hub, Larsian, and a bakery in downtown Cebu City.

City Health Officer Daisy Villa said that upon the take over of the new administration of Mayor Edgardo Labella, they would prioritize reviewing the sanitary permits as early as October 2019 to make sure that the establishments had been checked for their sanitation.

The city health officer said that social media had made it easier for CHD to find erring establishments because people now post their complaints on Facebook.

Such was the case of a netizen who posted the video of a rat scurrying on top of the food counter in Larsian. A week later another netizen posted a photo of rat inside a bakery in downtown Cebu City.

Villa said these posts were helpful, but the CHD encouraged the public to report to the CHD immediately the establishment and address where they encountered rodents or cockroaches, or even if they deemed the place unsanitary.

Netizens can send their complaints to the Cebu City Health Facebook page for faster checking, or they can file a formal complaint if they have been injured or experienced food poisoning because of these unsanitary establishments.

“Ireport na sa amoa kay amo na icheck dayon. Siempre amo gyod na aksyunan kay that is a health risk to the public. (Please report that immediately to us so we can check the establishment. Of course, we will act on it as fast as we can because that is a health risk),” said Villa.

Villa said they were intensifying their pest control monitoring following the recent reports, and she encouraged the establishments to be cooperative.

Currently, Larsian is under repeated inspections following the directive of Labella to investigate the video of a rat in contact with the half-cooked barbecue, which made rounds on social media.

Villa said they would be making a recommendation to the mayor regarding the situation in Larsian in the following days./dbs