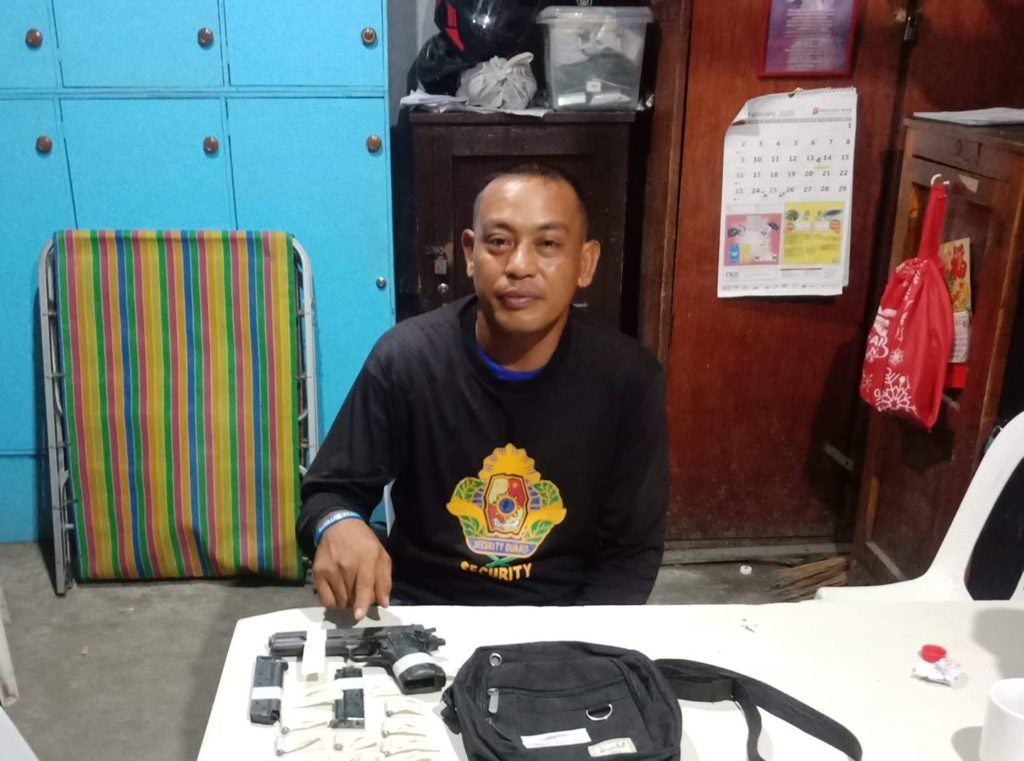 Carmelo Alegarme of the Sikatuna Security Agency is seen with the unlicensed firearm he was carrying when he was arrested by the police on Tuesday, February 11, 2020. CDN Digital photo | Norman Mendoza

MANDAUE CITY, Cebu – An armed man was nabbed for carrying a firearm that had no license and permit to carry past 11:00 p.m. Tuesday February 11, 2019 in Barangay Paknaan here.

The suspect was identified as Carmelo Victor Alegarme, 39, a resident of Sitio Mustang, Barangay Pusok, Lapu-Lapu City. It was also determined that he is a security guard of the Sikatuna Security Agency.

The Basak Police Station arrested Alegarme after acting on a call from a concerned citizen regarding an armed group securing a private reclamation lot in Zone Sibuyas.

The suspect said there are actually 32 of them who were detailed at the ongoing reclamation of a private property at the said area.

According to the police, some residents nearby felt threatened of their existence and believe they are members of a private armed group since they are not wearing uniforms of security guards.

The suspect is currently detained at the Basak Police Station pending the filing of appropriate charges. /bmjo