Gwen: Non-Cebuano PUMs won’t be quarantined; they will be sent to hometowns outside Cebu 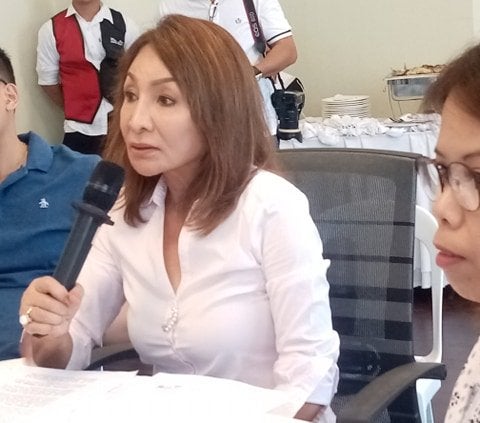 CEBU CITY, Philippines — Cebu Governor Gwendolyn Garcia will no longer accept persons under monitoring (PUMs), who have a travel history from China and will arrive in the Mactan-Cebu International Airport (MCIA) if they are not residents of the province.

This is in line with the measures implemented by the provincial government against the Coronavirus Disease-2019 (COVID-19) which originated in Wuhan, China.

In an interview with Garcia, she said that if a PUM would arrive at MCIA, then they should be transported immediately back to their hometowns outside Cebu.

This was the statement of the governor, after several PUMs, who were quarantined in a holding facility in Barangay Busay, Cebu City, complained about the facility and its services.

“Ang gamiton na nga protocol will be, if they are not from Cebu and they are on their way to some other LGU like Davao, adto na sila ipadala didto. Atong dawaton lang ang diri ra sa Cebu,” Garcia said.

(The protocol we will use will be: If they are not from Cebu and they are on their way to some other LGU [local government unit] like Davao, then they should be sent there.)

According to Garcia that at present, no more non-Cebuano PUMs are present in the province, after all the 21 PUMs, who were subjected to quarantine, were already permitted to return to their hometowns in Davao and Iligan, yesterday (Thursday, February 13) and today (Friday, February 14).

The 21 PUMs are part of the 78 Filipino returnees who came from Taiwan and have arrived at the airport on Tuesday.

The transfer of these PUMs was also given the go signal by the Department of Health in Central Visayas  (DOH-7).

Garcia said that the province did not shoulder the air fare of these PUMs, because they had been presumed to have already acquired a ticket for their travel back to their hometowns.

“No, no, no. In fact I was talking with Atty. Steve (Dicdican) ingon siya nga the presumption here is that they should have connecting flights, so naa gyud ni silay mga tickets,” she added.

(No, no, no. In fact, I was talking with Atty. Steve [Dicdican] and he told me that the presumption here is that they should have connecting flight so it is presumed that they have already plane tickets.)

She said that Dicdican, MCIAA general manager, was the one who arranged the transport of the PUMs.

Earlier, non-Cebuano PUMs were complaining because the holding facility in Barangay Busay in Cebu City lacked water supply connection and the power supply was not stable, and the facility was also allegedly not properly maintained.

Garcia, however, admitted that the facility had no water connection yet but they had regularly send water using their tanker tank.

Aside from this, the facility has also its own power generator and two janitors who maintained the cleanliness of the facility.

(Those who are constantly complaining are 21 in number. They do not like the evacuation center. I’m ready to bring them to Pinamungajan, but they do not want to transfer.)

She said that five Cebuano PUMS would be placed in a quarantine holding facility in Pinamungahajan because their houses did not pass the standard for a quarantine set by the DOH./dbs