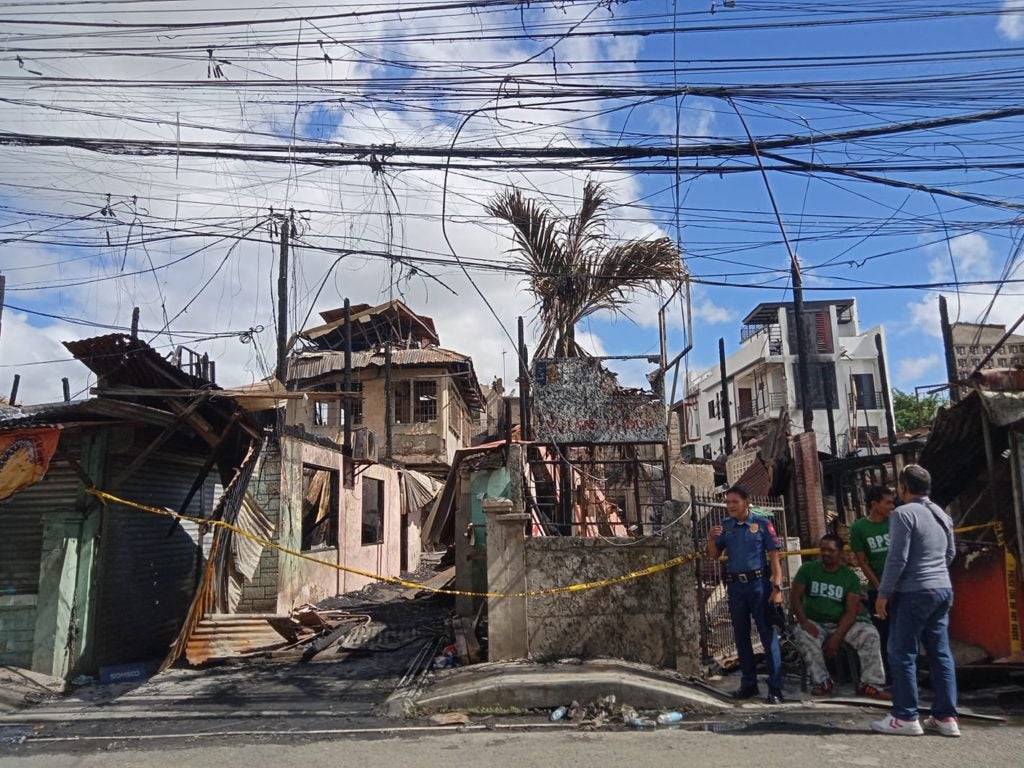 MANDAUE CITY, Cebu — Over 24 hours since the Monday dawn fire that hit Barangay Centro here, members of the Mandaue City Fire Station continue their search for Gerick Gestopa, the 21-year-old special child who was believed to have been trapped inside a house during the fire.

Senior Fire Officer 2 Edgar Vergara, the station’s chief investigator, said they will not consider Gestopa a fatality of the fire incident until a body is found.

(While we have not retrieved his remains, we cannot count him as a casualty. Maybe, only God knows, he might have thought that it was too hot already and decided to jump and escaped the fire.)

The couple reportedly died after they went back to save Gerick, who was still inside the house and refused to get out as he was afraid of the heat from the fire.

(As we see it, there is really a possibility that he made it out of the house. Maybe he also jumped following their helper, his nanny.)

Read: Retired judge, wife sacrificed their lives to save grandchild

Vergara, however, said that they are not dismissing the possibility that the fire consumed most of Gerick’s remains.

(Usually, a person’s body when burned doesn’t get totally consumed. There will always be something left like a jaw or skull. If the kid really perished, we will do our best to retrieve even a small portion of his remains.)

Vergara explained that the strong water current from the fire hoses may also have scattered Gerick’s remains if he was really trapped inside the burned house.

On Tuesday afternoon, Vergara said they would once again resume the search and retrieval operation in the fire scene with the help of K-9 units that the Gestopa family requested from other law enforcement units. /bmjo