One of the suspects in Libertad, MisOr shooting nabbed

Suspect said to be from Barangay Bankal in Lapu-Lapu 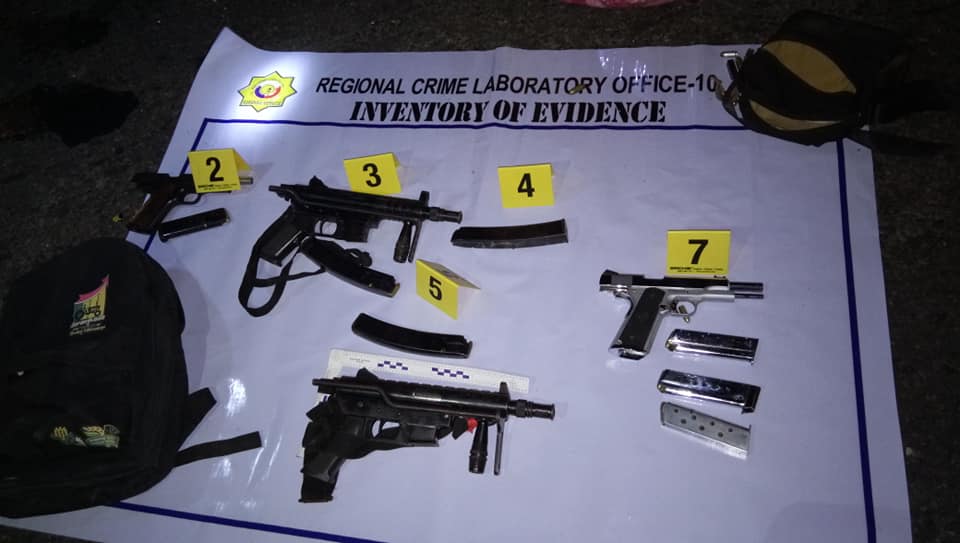 CAGAYAN DE ORO, Misamis Oriental—Police have arrested one of the four suspects responsible for the shooting incident that killed a cop and wounded another in Libertad town, Misamis Oriental on Monday night, February 17, 2020.

Camilotes said they caught the suspect who got injured when he jumped from a bridge in Barangay Dolong.

Camilotes said they are still looking for three suspects, whom they described as “armed and dangerous”.

A policeman was killed while another police officer was wounded when a group of armed men on board a vehicle fired at a group of policemen manning a checkpoint in this town, which is some 50 kilometers west of Cagayan de Oro City.

Read: One cop killed, another wounded in a shootout with armed men at a police checkpoint in La Libertad, Misamis Oriental

One of the gunmen was also killed by the companions of the slain police officer in the ensuing shootout.

Camilotes said the remaining policemen engaged the suspects in a five-minute shootout, killing one of them.

Meanwhile, classes were suspended in the town on Tuesday, February 18, 2020, as police continue the manhunt against the suspects.

Libertad Mayor Reynaldo Uy said he ordered the suspension of classes in the elementary and high school levels to keep students safe as the manhunt continues. /bmjo

Read Next
Search for missing boy in Mandaue fire continues