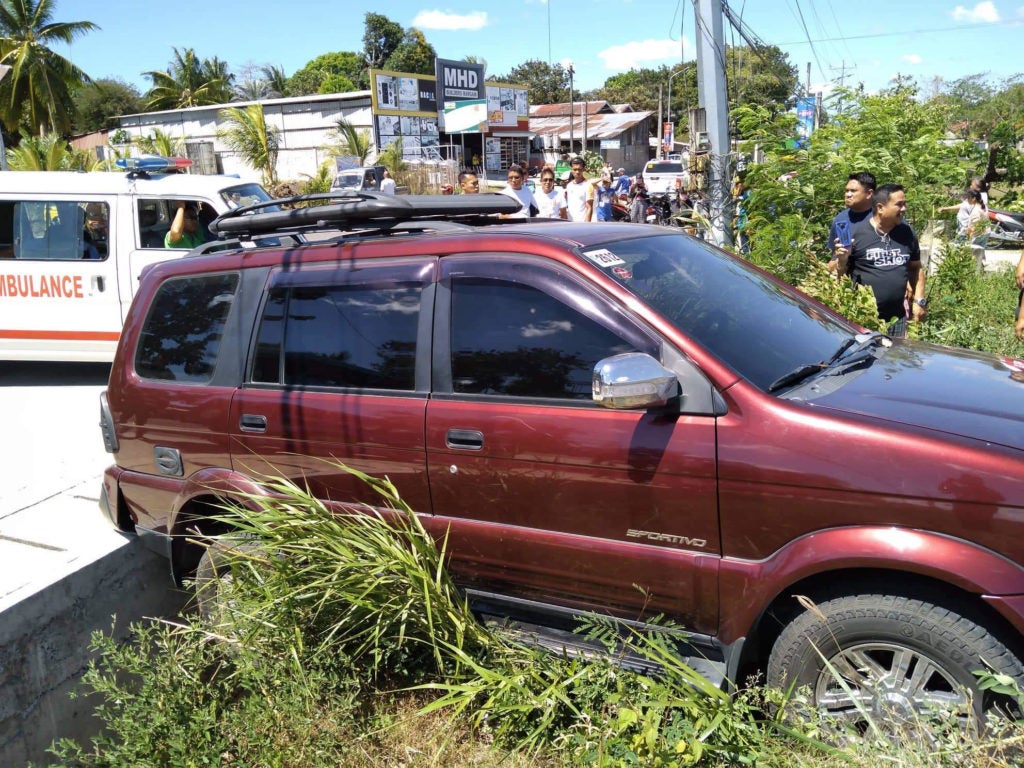 The vehicle of councilor Alex Tizon lands in a grassy area beside the national highway in Barangay Villareal, Bayawan City after he was ambushed by still unidentified suspects on Tuesday morning, February 18, 2020. | photo courtesy of Bayawan police

DUMAGUETE CITY, Negros Oriental–A retired policeman turned politician was shot dead by assailants on board a motorcycle at around 10:40 a.m. on Tuesday, February 18, 2020, at the National Highway in Barangay Villareal, Bayawan City.

The victim was identified by police as Bayawan City councilor Alex Tizon. He was 66 years old.

Based on a police report, Tizon was driving his vehicle—a maroon colored Isuzu Crosswind Sportivo—from the city proper and was on his way home when he was followed by  two unidentified assailants riding a motorcycle, a police report noted.

Upon reaching Barangay Villareal, the motorcycle overtook Tizon’s vehicle and fired several times at the direction of the victim.

Lieutenant Colonel Alfonso Enriquez, chief of the Bayawan City Police Office, said the victim was alone when the shooting happened.

Enriquez said the victim used to be a policeman assigned in Bayawan City who retired from the service more than five years ago.

However, Enriquez emphasized police probers are now checking on the background of the victim as a retired policeman and a politician to determine the motive of the killing.

Recovered from the crime scene were four pieces empty shells of a caliber 9mm. /bmjo