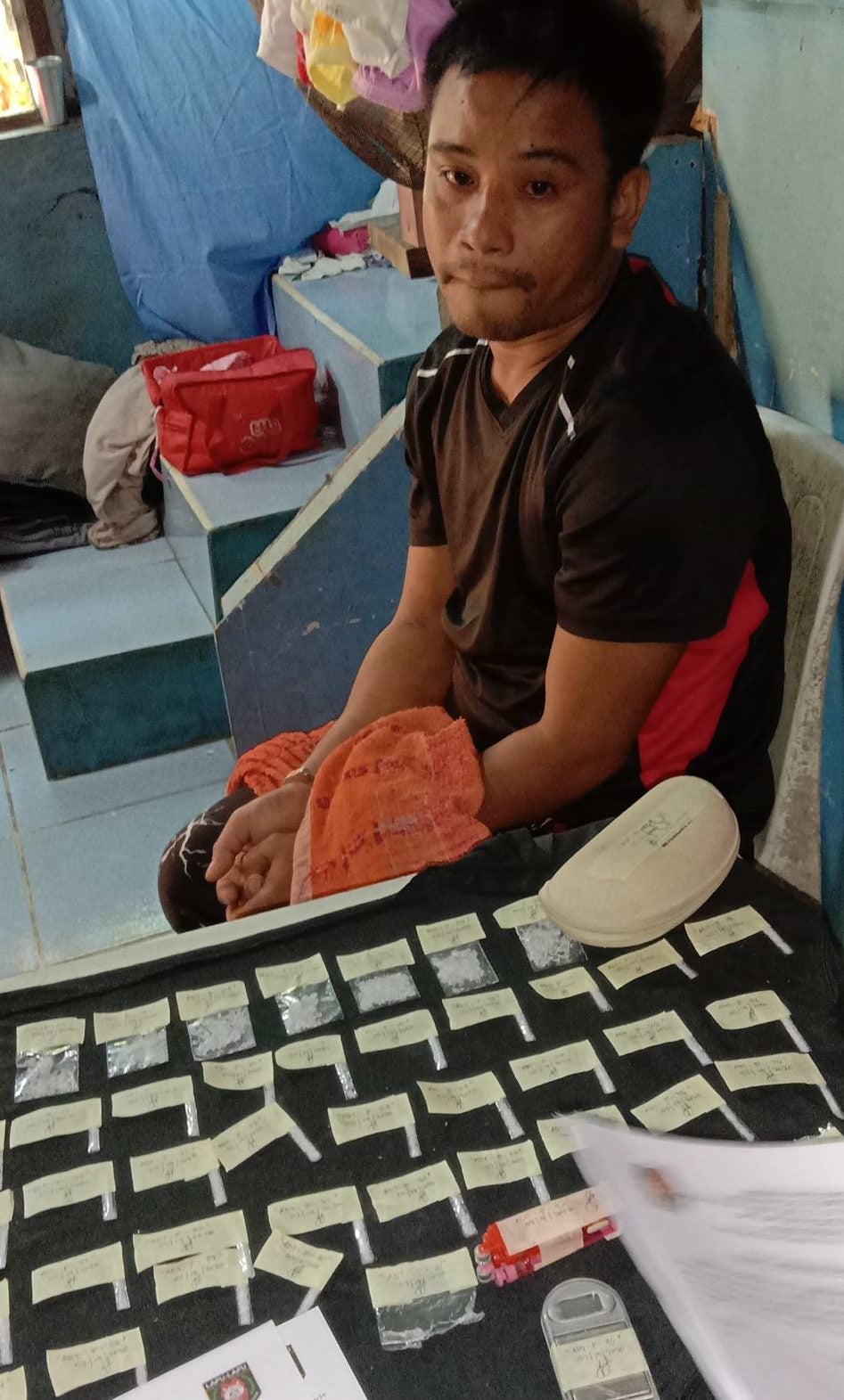 Lapu-Lapu City, Cebu—A man considered to be a high value individual (HVI) on a regional level was arrested by police around 8 a.m. on Thursday, February 21, 2020, in Sitio Soong, Barangay Mactan, Lapu-Lapu City.

The suspect was identified by police as 37-year-old Anecito Dela Torre Jr., a resident of said place. He was arrested by virtue of a search warrant.

Police Major Narciso Abapo, chief of Mactan Police Station who led the serving of the warrant, found the suspect in his house with his family and his sibling’s family present.

They were made to understand the process of a search warrant with the presence of an elected Barangay official, and representatives from Department of Justice and the media.

Police later found medium size and small packets of suspected shabu inside an eye glass case in the room of the suspect at the  second floor of the house.

The suspected shabu weighted around 12 grams with an estimated value of P81,600 based on Dangerous Drugs Board (DDB) value.

The suspect, though, denied ownership of confiscated illegal drugs.

According to Major Abapo, the suspect has been in the drug watchlist before he went to southern Cebu areas where his name was also linked to illegal drugs.

Being an employee of a Chinese restaurant in Lapu-Lapu City, he was also monitored and admitted bringing Chinese nationals to his house to use illegal drugs.

The suspect is currently detained at the Mactan Police Station pending the filing of appropriate charges. /bmjo