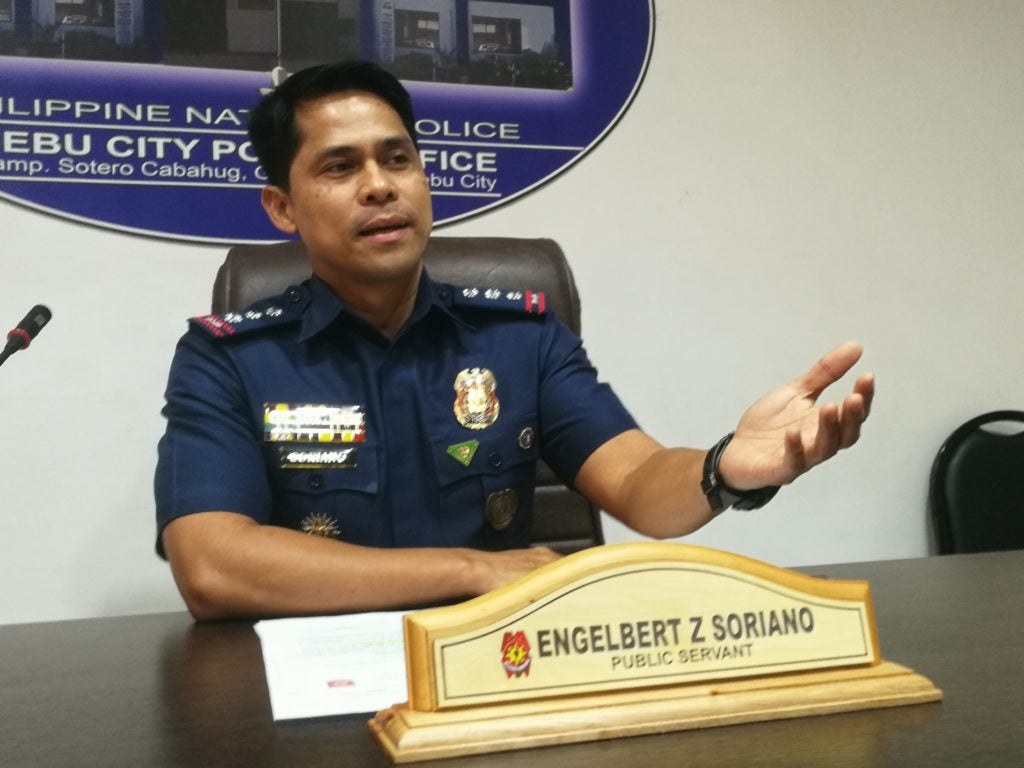 CEBU CITY, Philippines — With the bulk of P70.7 million worth of illegal drugs confiscated in the three-day simultaneous police operations last week in Central Visayas coming from Cebu City, police here are focusing on conducting more intelligence driven operations to somehow prevent the flow of illegal drugs which were suspected to have come from outside Cebu to the city.

Soriano said there had been no letup in their campaign against illegal drugs that resulted to the arrest of two high value targets and the confiscation of at least 8 kilos of suspected shabu with an estimated Dangerous Drugs Board value of P54.7 million last February 21, 2020.

“We are still capitalizing on the vital information that is given by the suspects which might lead to the source of the drugs,” said Soriano.

“As to who is trading, is a fact, (that) we are about to find out. We continue to conduct follow up investigation,” he said.

Ferro said the region’s policemen performed well in the SEMPO as shown in the confiscated drugs, firearms and the arrest of nearly 500 individuals in their operations starting from February 19 to 21.

These included police in Cordova town in Mactan Island, who arrested 28 persons, 3 loose firearms and illegal drugs worth P12,500 during the SEMPO.

“Cordova PNP has intensified its fight against illegal activities, the recent successive police operations is part of our continuing efforts in clearing the barangays of illegal drug activities and also to quell the rampant proliferation of illegal gambling in the town.” said Police Lieutenant Jan Ace Elcid Layug, Cordova Police Station chief.

Meanwhile, Ferro said that the SEMPO results showed that the Central Visayas policemen had seriously taken his directives to conduct relentless operations against illegal drugs in the region.

“We assure the public that we would remain to keep watch they have seen considerable victories in bringing the crimes down in Central Visayas,” said Ferro.

Drugs from outside Cebu

He said that they were not discounting the possibility that these came from the same source of the Luzon drugs, which were allegedly believed to have come from Myanmar.

“There’s a connection maybe, but we are still conducting investigation,” said Ferro.

Aside from that, Ferro also said that they were also looking into the possibility that those illegal drugs from Luzon could have been intended for Cebu or other areas in Central Visayas.

How to fight illegal drug trade

He said that he would try to coordinate with the local government units in the region for more logistical support and equipment to help them combat illegal drugs in the region and these would include a K9 team.

He said that he also encouraged the LGUs to intensify the security of the ports around Central Visayas.

And he said he would also coordinate with the Coast Guard the Navy to impement plans such as the tightening of security in the waters around the region./dbs