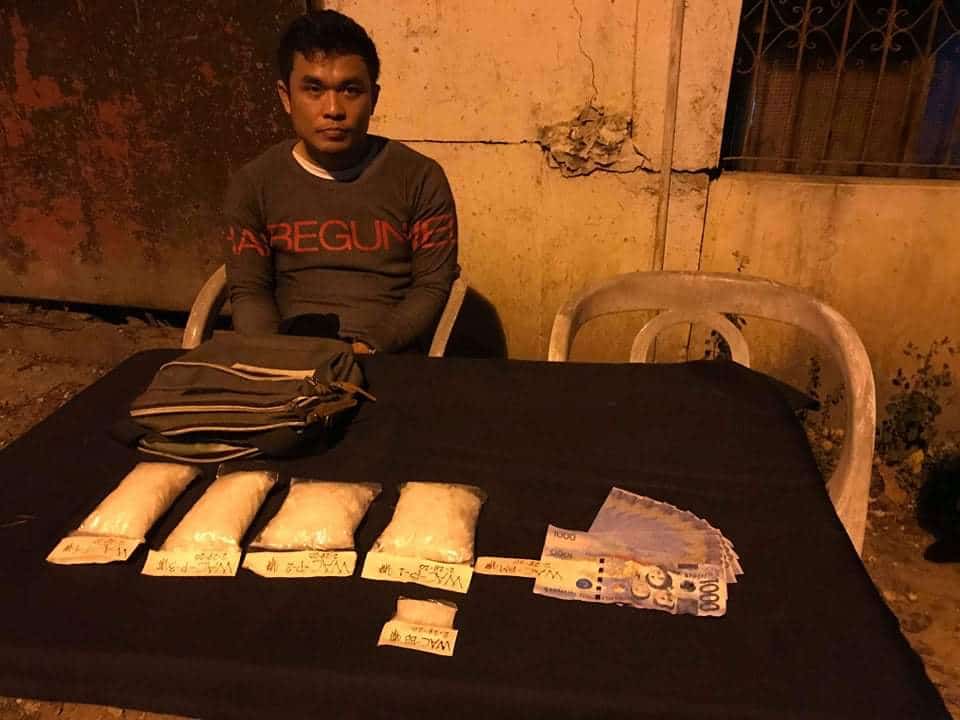 Wesley Alipoyo Chua, a high-value individual (HVI), was arrested in a buy-bust operation conducted in Barangay Bulacao, Cebu City at around 12:30 a.m. on Friday, February 28, 2020. | contributed

CEBU CITY, Philippines —Police in Cebu found out that some of the illegal drugs circulating here are coming from Bacolod City and transported by land.

This is what the City Intelligence Branch (CIB) of the Cebu City Police Office (CCPO) discovered after their recent arrest of a high-value individual (HVI) in a buy-bust operation early Friday morning, February 28, 2020.

A total of P3.6 million worth of illegal drugs were confiscated from three HVI suspects arrested in separate operations in Cebu City and Talisay City on Friday dawn conducted by city and provincial police forces.

According to Police Major Randy Caballes, head of the CIB of the CCPO, they discovered that there are illegal drugs from Bacolod City after the arrest of HVI suspect identified as Wesley Alipoyo Chua, 34, a resident of Peace Valley in Barangay Bulacao, here.

Chua was arrested around 12:30 a.m. at his home, where packs of suspected shabu weighing at least 405 grams with a dangerous drugs board (DDB) value of P2.7 million were confiscated.

According to Caballes, the suspect said that his brother, who is currently in Bacolod City, has been sending the drugs once a month by land using their own vehicle.

These drugs were also allegedly from a source at the New Bilibid Prison.

Caballes said Chua was tasked to distribute around Cebu City and at times in Talisay City.

Chua is said to be able to dispose about 200 to 300 grams of illegal drugs a week.

Caballes, said they will be coordinating with the police in Bacolod for a follow-up investigation on the brother of Chua.

Confiscated from the Dandan were packs of suspected shabu placed in small and medium plastic sachets weighing at least 106 grams. Its worth was pegged at P720,800.

Two hours after the arrest of Dandan, the Provincial Intelligence Branch of the Cebu Provincial Police Office were able to arrest Regenald Abaquita, 41, of Barangay Tabunok, Talisay City.

Suspected shabu worth P176,800 were confiscated from Abaquita’s possession.

The three suspects will be facing charges against section 5 and 11 of Republic Act 9165 or the comprehensive dangerous drugs act.