Cebu City, Philippines—Celebrities were quick to express their concern for Cebuana actress Kim Chiu, whose van was shot at by two still unidentified gunmen on Wednesday morning, March 4, 2020, in Quezon City.

The incident happened at 6:19 a.m. at the northbound lane of Katipunan-CP Garcia Avenue, according to a report from the Metropolitan Manila Development Authority.

According to a separate report from Radyo Inquirer 990AM, Chiu’s driver said the Chiu was unharmed and was able to make it to her scheduled taping for the day.

”Umagang Kay Ganda” host Gretchen Ho shared an article on her Twitter account after the news broke out.

DJ Chacha of ABS-CBN’s MOR 101.9 also took time and sent a tweet to the Cebuana actress.

“Oh no, hope you’re ok, @prinsesachinita,” Evangelista said on his first tweet at 7:16 AM on Wednesday.

Evangelista made another tweet at 7:26 AM and said, “From real to reel. Two kinds of shootings for Kim Chiu today, where one put her life at risk. Take care @prinsesachinita!”

The news also shocked netizens as Chiu became the number one trending topic on Twitter Philippines. 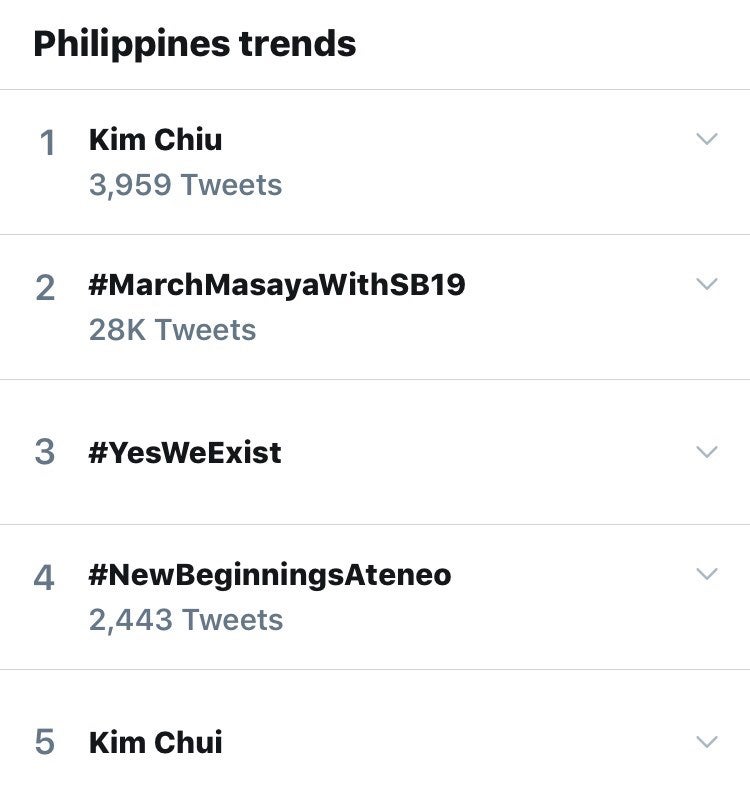 Dubbed as Chinita Princess, Chiu made a name in the Philippine show business when she was named as the first grand winner for the teen edition of PBB, a reality show at Kapamilya Network in 2006.

She then headlined television series like “My Girl”, “Kung Tayo’y Magkakalayo”, “My Binondo Girl”, “Ina, Kapatid, Anak”, “Ikaw Lamang”, “The Story Of Us”, and “Ikaw Lang ang Iibigin.”

Chiu also stars in Kapamilya series, “Love Thy Woman” together with her boyfriend Xian Lim.